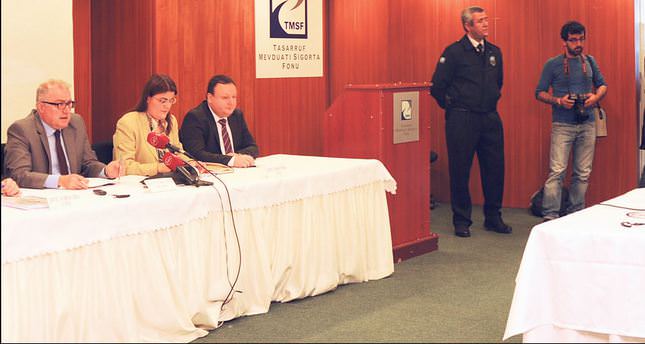 Nationalized in 2013 due to its huge debt, BMC will manufacture buses, trucks and armored vehicles after the sale is completed to Es Yatırım Danışmanlık, which is expected to finalized next month

ISTANBUL —The Savings Deposit Insurance Fund (TMSF) has organized the second leg of the tender regarding the sale of BMC, one of the largest defense industry enterprises, which was nationalized last year by the Turkish government when it fell into debt. In the first tender held on April 30, Es Yatırım, owned by Ethem Sancak and the only bidder, offered
TL 540 million ($256 million).

In the second leg of the tender held yesterday, Es Yatırım increased its offer to TL 751 million. Speaking to the press after the tender, Sancak noted that they aim to produce not only heavy and military designed vehicles but the first domestic automobile, which has been emphasized by Prime Minister Recep Tayyip Erdoğan. During the tender, Sales Commission head Hamit Sarı stated that Es Yatırım's offer is to be presented to higher authorities, and if the offer is approved, the sale will be completed.
Sarı added that BMC is capable of creating its own market in the mid to long term.

Speaking during the tender, Sancak noted that his interest in BMC is rooted in his concern for the future of the country. "We aim to produce innovative brands in the fields that BMC operates in," he said. "Turkey has a great potential in the automotive industry thanks to its qualified workers, engineers and entrepreneurs." He added that Turkey produces more than 1 million cars annually, but still does not have its own brand. Noting Erdoğan's remarks regarding a domestically produced automobile, Sancak said other Turkish businessmen may think an attempt to produce a domestic car "is nothing but madness," but his company aims to "create our brand in both military designing vehicles and daily use cars." According to Sancak, BMC has an important position in its field, and as such, it is necessary to avert its bankruptcy and turn it into a strong regional company. He also noted each and every penny his company will spend on BMC is very significant. "Our offer in the last session considerably puts strain on our plans. The sentence, 'We have run out of money,' made those in the saloon laugh," he said.

During the tender, Sancak raised the offer to TL 730 million from TL 725 million, which is the number his company offered in the first leg of the tender. Afterward, the number climbed to TL 740 million and TL 750 million. As Sarı insisted on an offer over TL 750 million, Sancak offered TL 751 million as a final offer. Sancak stated that the amount his company foresees spending for the recovery of BMC is actually TL 2 billion.

Sancak replied to press questions after the tender. In answer to a question regarding the financing of the purchase, Sancak said: "A corporation from Qatar, a friend and brother country, is interested in the tender as BMC is one of the most important brands in terms of prestige in the defense industry. We are still negotiating with them. We are working on the development of a model by which we can handle the financing through a partnership. It is beyond financial funding. It will probably be a more strategic institution." Speaking about the marketing issues of the prospective domestically produced car, Sancak said: "If you view Istanbul as the center of your strategies, in the first circle, you can address a region where 3 billion people live. Why wouldn't we produce a car that will address those people?
We are quite enthusiastic about it."

BMC manufactures buses, trucks and armored vehicles. One of the biggest automotive companies in Turkey, BMC has been in a crisis for the last three years, causing the Undersecretariat for the Defense Industry (SSM) and municipalities to ban the institution from tenders. BMC started production in January 2014 under the administration of the TMSF.
What is more, the company received an order of 40 vehicles to be exported to Tunisia.

Another country that wants to place an order is Iran. The Iranians knocked on BMC's door last month in order to buy 1,000 municipality buses. Negotiations are still being held between the parties. The tender ban of the automotive giant ended on April 1, 2014.
After the privatization, BMC is expected to become one of the largest suppliers of defense vehicles in the region.