Singapore plans centers outside the city for migrant workers 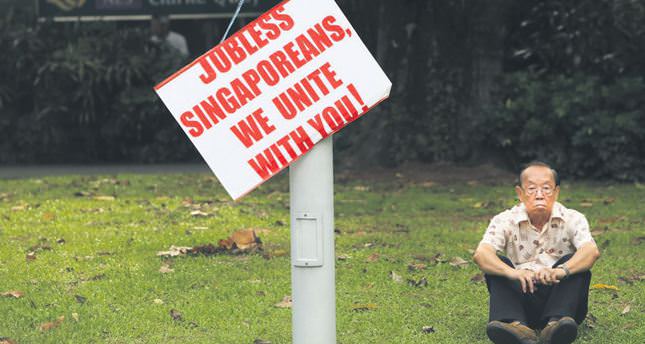 Authorities plan to build recreation centers in the suburbs to draw migrant laborers away from the city after a riot in the Little India district last year. It is feared that the move will cause a rise in racial tensions

ISTANBUL — As Human Rights Watch has repeatedly condemned Singaporean authorities for human rights violations and for the government's tight control over the public, the Singaporean government is taking a critical step to address the issue. After a rare riot in the congested Little India district last year, the government is planning to build more recreation centers in the city's suburbs to entice migrant laborers away from the city. Foreigners make up around a third of Singapore's work force. The multi-million dollar centers are the latest in a series of government measures to better manage areas where foreign workers congregate after a rampage by South Asian laborers on December 8 injured 39 people and saw 25 vehicles destroyed. The Straits Times newspaper said the four new centers will be built next to dormitories situated in industrial areas away from the city center and will serve as alternative gathering points for workers on their rest days. They will have a "combined size of more than nine soccer fields" and will house sporting facilities including cricket and soccer fields and basketball courts as well as supermarkets and Internet cafes, the newspaper said, citing planning documents it had seen.

There are currently four such centers in outlying industrial zones. Minister of Manpower Tan Chuan-Jin had first announced the new centers in January, in the aftermath of the Little India riot, which sharply brought into focus the way the wealthy city-state manages its nearly one million low-paid foreign workers. Singapore has a total population of 5.4 million, but only 3.84 million are citizens and permanent residents. The congested nature of the Little India riot zone was identified early on as a reason why the situation spiraled out of control, along with the likelihood that the rioters were drunk. The government has temporarily restricted alcohol consumption in the area, where South Asian migrant workers usually congregate on weekends to shop, dine and drink. Migrant labor activist Jolovan Wham said while migrant workers would benefit from the new recreation centers, "the intentions behind it are questionable." "Recreational and social facilities should be built for the well-being of the community and not because [the workers] are threats to social order," Wham, the executive director of the Humanitarian Organization for Migration Economics, told AFP. "This approach to lowwage migrant workers is typical of the government.

All low-wage foreign workers are treated as threats to security," he said. Wham and other activists have said that deep frustration among workers over employment and living conditions may have been a contributing factor to the December riot, charges the government has strongly denied. More than 50 workers were deported while 25 Indian nationals are either serving jail sentences or awaiting trial for rioting charges. Singapore is an ethnically diverse nation, consisting of 74 percent Chinese, 13 percent Malay, 9 percent Indian and 3 percent from other groups.

However, as 90 percent of Singaporean households own their homes, a significant portion of renters are foreigners. Immigration has also become a sensitive issue amid concern over living costs and rising housing prices, which many locals blame on foreigners.
RELATED TOPICS