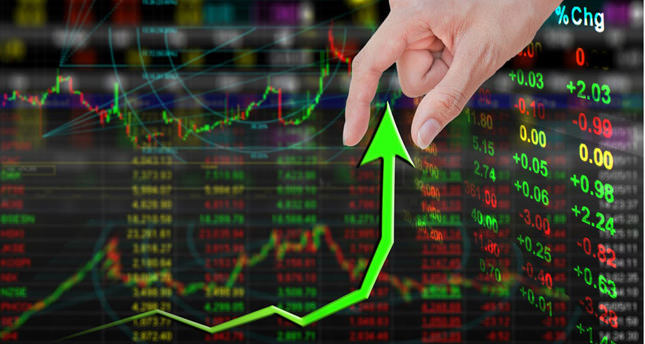 by AA May 06, 2014 12:00 am
PARIS — Turkey's economic growth may approach up to three percent in 2014 and four percent in 2015 provided that domestic confidence is restored and international confidence is upheld in the country, the Organisation for Economic Co-operation and Development (OECD) said on Tuesday.

In its twice-yearly economic outlook report, economic growth lost momentum throughout 2013 as capital market tensions had a stronger impact on Turkey than on other emerging market economies.

Turkey's Central Bank announced in January that it would intervene in the foreign exchange market by selling dollars after the Turkish lira hit another all-time low against the U.S. dollar.

However, the bank's first unscheduled currency intervention in more than two years failed to stem the lira's slide. The Turkish lira lost more than 30 percent of its value against the U.S. dollar.

"Under tighter financial conditions, the credit growth slowed sharply, but as employment growth remained buoyant, private demand decelerated only gradually. Faced with a widening current account deficit, policymakers moderated the stimulus imparted through public spending, and in the last quarter of 2013, introduced new measures to rein in credit card use,'' the report said.

On February 1 of this year, the Banking Regulation and Supervision Agency (BDDK) imposed new measures to curb the use of credit cards to pay for goods in monthly installments, in the hope it would restrict the country´s growing inflation and current account deficit.

The OECD, comprising of 34 of the world's most developed economies, also attributed the growth rate forecast to recent political tensions which led to a plunge in consumer confidence and business expectations.

The organization also said that Turkey's macroeconomic policies should remain transparent and predictable in order to maintain confidence during the electoral period from August 2014 with the country's presidential election to June 2015 when the general elections will be held.

The Paris-based monitoring group warned about two major risks for Turkey. ''Further financial market turmoil during the prospective normalization of U.S. monetary policy and the intensification of internal political tensions in the country.''

The organization reports that Turkey will also be affected negatively by further tensions between Russia and Ukraine, which together account for a quarter of Turkey's exports.

"On the upside, a firmer restoration of domestic and international confidence and stronger recovery in international trade would bolster growth," the organization added.

In 2013, Turkey ran a foreign trade deficit of $99.78 billion, up by 18.7 percent from the previous year, according to the national statistics agency, TurkStat.

Turkey has a 4 percent economic growth target for 2014. "It is still attainable," the country's top voice on economy, Ali Babacan, said early April of this year.

Turkey relies on imports for three quarters of its energy consumption and it is these imports that make up the majority of the country's deficit. However, Turkey is trying to diversify its energy sources by investing heavily in hydroelectricity and nuclear power; three nuclear plants are currently in various stages of construction.

Babacan stressed that if drastic steps were not taken, an unsustainable current account deficit could arise.

However, the European Commission in its February report downgraded its expectations for Turkey's growth to 2.5 percent in 2014 and 3 percent in 2015, making it a half percent less for this year and a 0.8 percent decrease for 2015.

Meanwhile, the Organisation for Economic Co-operation and Development once again lowered its forecast for global economic growth in the report after its last November's forecast.

The OECD said "the global economy will strengthen over the coming two years, but urgent action is still required to further reduce unemployment and address other legacies from the crisis."

According to the organization, among the major advanced economies, recovery is best established in the United States, which is projected to grow by 2.6 percent in 2014 and 3.5 percent in 2015.