A quick look at Turkey's economic agenda in April 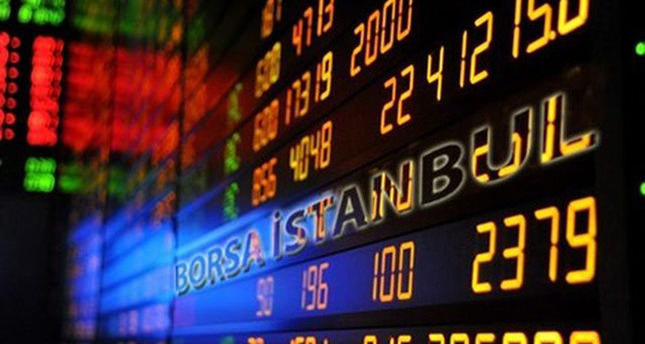 Turkey's economic agenda was full of important items in April, many of which were relevant to political discussions in the country

ISTANBUL — A survey by the Media Monitoring Center (MTM) has shown the issues at the top of Turkey's economic agenda in April.
In the report based on economy news in April, Turkey's export statistics were the most frequently and intensively mentioned issue in April, with more than 57,000 pieces of news.

The Turkish Exporters Association (TİM) announced the export figures for March climbed to $13.14 billion (TL 27.49 billion) with an increase of 4.3 percent compared to the previous year. TİM President Mehmet Büyükekşi declared exports rose to $38.607 billion, with an increase of 6.2 percent in the first three months.

According to the MTM survey, the CBRT ranked the second-most mentioned subject in April. TCMB Governor Erdem Başçı said, "We support trust and stability by reducing interest rates without enabling a sharp fall in shortterm interests. We are able proceed with such a process of reduction in interests." He denied claims he would resign and said, "Do not give credit to rumors apart from the official statements. We are on duty."

Credit rating agency Fitch did not change its rating of and outlook on Turkey. However, Fitch drew attention to the political risks in Turkey and reduced its growth expectations for 2014-2015. Fitch approved Turkey's rating in long-term foreign currency as BBB, which makes Turkey an investable country and kept Turkey's outlook stable. A statement indicated the Turkish lira was balanced and after the drastic fall in international reserves in January, it was reboosted again in February. "The rebalancing in Turkey will result in a slower growth. Thus, we have declined our prediction of growth in Turkey from 3.2 percent to 2.5 for 2014 and from 3.8 percent to 3.2 for 2015," the agency said. International credit rating agency Standard & Poor's (S&P) hit the headlines by announcing it has a positive macroeconomic prediction for Turkey in 2014 and 2015. Standard & Poor's noted Turkey continued to be fragile in April. However, it can rebalance its growth model through exports. S&P made news when it declared the Turkish economy was still fragile against a possible backward movement in foreign capital flows because of a large current account deficit and increasing dependence on short-term foreign funds in financing.

Two leading investment banks, JP Morgan and Morgan Stanley, along with Standard & Poor's, issued a warning about Turkey. Having drawn attention with mild analysis about Turkey, Morgan Stanley and JP Morgan highlighted the dangers in the current deficit and slow growth. S&P mentioned the Turkish banking sector as one the most fragile in developing countries against the reduction of asset purchases imposed by the U.S. Federal Reserve.

Credit rating agency Moody's confirmed Turkey's rating as Baa3 while decreasing its credit outlook from stable to negative. Moody's based the decision on the increasing political uncertainty, the global liquidity reducing the trust of investors and uncertainty in economy about medium-term growth. Nevertheless, Moody's did not distort the outlook of companies.

Earlier in April, the Turkish Statistical Institute (TurkStat) announced the inflation rates for March. According to the TurkStat, inflation rose by 1.13 percent and reached to 8.39 on a yearly basis. Experts noted that the inflation increase in March stemmed from volatility and high-priced exchange rates.

Economists commenting on the prospective items on the economic agenda in May expect to see interest in an interest rate cut and inflation hike. Speaking to the press in several conferences, Başçı repeatedly said the CBRT expects to see the highest inflation rate in May, which will go down after the second half of June. Başçı also noted the CBRT may slowly and surely cut the interest rate in the upcoming months.

Turkey's Economy Minister Nihat Zeybekçi's main agenda topic was the interest rates and the Gülen Movement's actions against economic and political stability in Turkey. In his speeches, the minister frequently emphasized his trust in the Turkish economy and
highlighted Turkey will grow in 2014 by 4 percent.