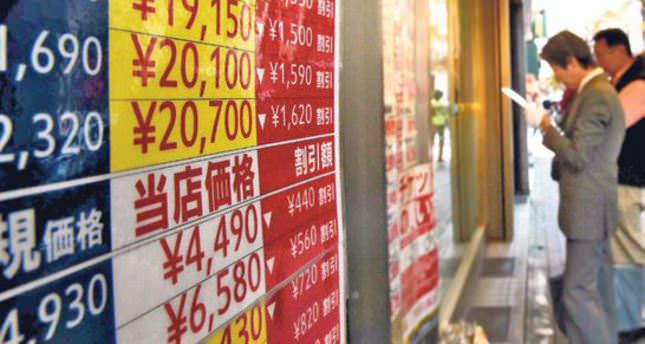 by daily sabah
May 07, 2014 12:00 am
Accordıng to Businessweek, Japanese households bought $377 million (TL 790 million) in lira-denominated bonds last month, making the Turkish lira the most popular currency for the first time in a year in the uridashi issuances that pay fixed rates. The numbers also brought the amount purchased in 2014 to $763 million. That compares with $310 million for Australian dollar issuances in April and $167 million for the Brazilian real.

The nation's bonds became more alluring after the lira slumped to a record in January and yields climbed to multiyear highs, while the yen slid amid Prime Minister Shinzo Abe's economic strategy of fiscal spending and monetary easing. Uridashi bonds are sold directly to Japanese household investors.

Turkey offers the highest yields after Brazil among 21 emerging markets on two-year local-currency debt, at 9.35 percent, according to data compiled by Bloomberg.