United States to pull a new economic weapon on Russia 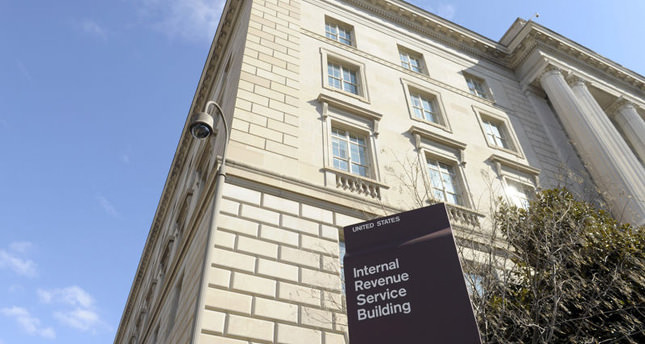 After Russia annexed Crimea, the Treasury Department prepares a punishment for Moscow heavier than sanctions: A 30 percent tax on interest and dividend payments for Russian banks that buy U.S. securities

WASHINGTON D.C. — As the United States attempts to punish Russia for its actions in Ukraine, the Treasury Department is deploying an economic weapon that could prove more costly than sanctions: the Internal Revenue Service, the federal tax collecting agency. This summer, the U.S. plans to start using a new law that will make it more expensive for Russian banks to do business in America. "It's a huge deal," says Mark E. Matthews, a former IRS deputy commissioner. "It would throw uncertainty into the Russian banking community."
Long before the Ukraine crisis, Congress approved the law in 2010 to curb tax evasion that relies on overseas accounts. Now, beginning in July, U.S. banks will be required to start withholding a 30 percent tax on certain payments to financial institutions in other countries unless those foreign banks have agreements in place to share information about U.S. account holders with the IRS. The withholding applies mainly to investment income.

Russia and dozens of other countries have been negotiating information-sharing agreements with the U.S. in an effort to spare their banks from such harsh penalties.

But after Russia annexed Crimea and was seen as stoking separatist movements in eastern Ukraine, the Treasury Department quietly suspended negotiations in March. With the July 1 deadline approaching, Russian banks are now concerned that the price of investing in the United States is about to go up.

The new law means that Russian banks that buy U.S. securities after July 1 will forfeit 30 percent of the interest and dividend payments. The withholding applies to stocks and bonds, including U.S. Treasuries. Some previously owned securities would be exempt from the withholding, but in general, previously owned stocks would not. Private investors who use Russian financial institutions to facilitate trades also face the withholding penalty. Those private investors could later apply to the IRS for refunds, but the inconvenience would be enormous. The U.S. and Russia are significant trading partners, though not all transactions would be subject to withholding. Last year, the U.S. imported $27 billion (TL 56.6 billion) in goods from Russia, which ranked 18th among importers to the U.S., according to the Census Bureau.

The U.S. exported $11 billion in goods to Russia. The withholding would expand in 2017, if there was still no information-sharing agreement. At that point, if investors sold stocks or bonds, U.S. banks would be required to withhold a 30 percent tax on the gross proceeds from those sales. The law would also snag big global banks with subsidiaries that don't have agreements with the IRS to share information.

At first the withholding could be limited to the subsidiaries. But eventually, if any part of a large global bank refused to comply with the information-sharing requirements, the entire bank would be penalized. "That keeps an institution from deciding that it's going to register its entity in Germany but not register the entity it has in Switzerland," said Denise Hintzke of Deloitte Tax.

It would also provide a tremendous disincentive for large global banks to do business in countries where they can't share information with U.S. authorities. More than 50 countries have reached agreements with the U.S. to share tax information about U.S. account holders. The list includes countries famous for bank secrecy, such as Switzerland and the Cayman Islands. For Russia, the penalties could be more damaging to its economy than U.S. sanctions, said Brian L. Zimbler, managing partner of the Moscow office of Morgan Lewis, an international law firm. "If sanctions are going to be limited to certain targeted individuals and banks, where this applies to everybody in the market, yes, I think this could potentially be worse than sanctions for the Russians," Zimbler said.

The 2010 law is known as FATCA, which stands for the Foreign Account Tax Compliance Act. It was designed to encourage some say force foreign banks to share information about U.S. account holders with the IRS, making it more difficult for Americans to use overseas accounts to evade U.S. taxes.