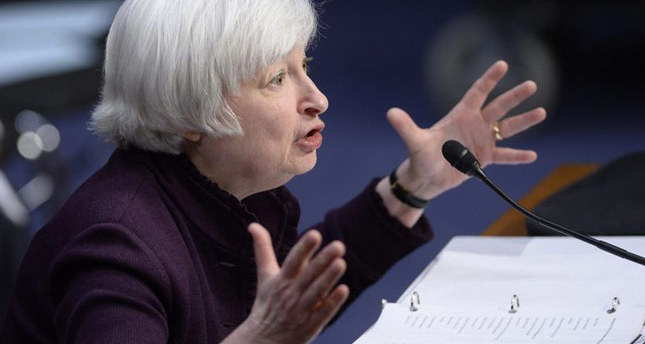 by May 09, 2014 12:00 am
WASHINGTON D.C. — Federal Reserve Chair Janet Yellen said Wednesday that the U.S. economy is pulling away from its winter freeze, but warned of risks from the Ukraine crisis and a real estate slowdown.

Yellen told a congressional panel that the economy is on track for "solid growth" in the second quarter after an uncommonly severe winter helped push the growth rate to near zero. But with the housing recovery slowing and unemployment still elevated, the economy still needs "a high degree" of monetary support, including keeping the benchmark federal funds rate at its ultralow level, she said. She pointed to risks to growth from the geopolitical tensions resulting from the Ukraine crisis, as well as a possible intensification of the financial stress in emerging market economies.

In mostly sunny testimony to the Joint Economic Committee of Congress, Yellen held close to established Fed policy views and had little net effect on markets. After some modest swings the dollar was a bit higher at $1.3925 to the euro, the 10-year Treasury yield was slightly down at 2.58 percent, and the S&P 500 gained 0.2 percent. Yellen said the growth stall in the first quarter stemmed from mostly transitory factors, "including the effects of the unusually cold and snowy winter weather." "With the harsh winter weather behind us, many recent indicators suggest that a rebound in spending and production is already underway," she added.

Yellen stated that market conditions have improved "appreciably," but that they "are still far from satisfactory," despite the pickup in hiring last month and the fall in the unemployment rate to 6.3 percent. Repeating a concern she has voiced since becoming Fed chair in February, she pointed to the stillhigh levels of long-term unemployment and those forced to work part-time because fulltime jobs are not available. "Many Americans who want a job are still unemployed," she said. At around 5 percent of the labor force, part-time employment is at "exceptionally high levels," she said. And, she added, "We have really never seen a situation where longterm unemployment is so large, so large a fraction of the total unemployment."

Yellen said she expects economic activity to expand "somewhat faster" this year than last, helped by less fighting in Washington over government spending, improved household wealth and firmer global economic growth. That, she expects, will begin reducing the numbers of underemployed and long-term unemployed. But she made clear that the Fed's monetary policy - its ultra-low interest rate stance and its slow drawdown of its bond-buying stimulus - are still appropriate and that policy makers do not foresee raising interest rates until mid or late 2015.

She pointed out that even as the taper of the quantitative easing (QE) program goes on - falling from $85 billion (TL 176 billion) in December to $45 billion starting this month - the Fed continues to buy bonds from the market. Yellen stressed that the buying helps the economy by putting "significant" downward pressure on longer-term interest rates.

And she reiterated the Fed's view that inflation has remained tame and is not likely to reach the Fed's 2.0 percent target in the near future.