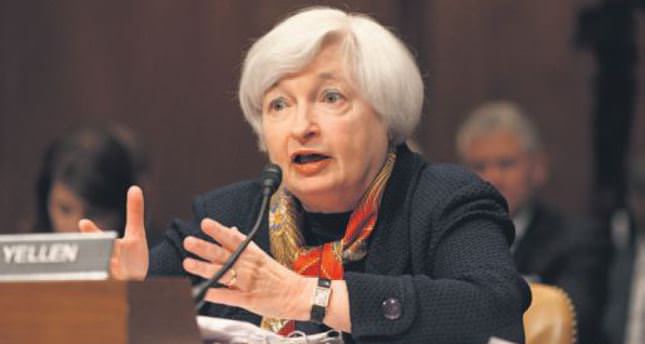 by May 10, 2014 12:00 am
NEW YORK — The U.S. Federal Reserve is in no rush to decide the appropriate size of its balance sheet, but if it ultimately shrinks it to a pre-crisis size, the process could take the better part of a decade, Fed Chair Janet Yellen said. Yellen, in testimony to a Senate panel, said no decision had yet been made on the central bank's portfolio of assets, which has swollen to $4.5 trillion from about $800 billion in 2007.

Three rounds of asset purchases meant to stimulate the economy in the wake of the 2007-2009 financial crisis have boosted the balance sheet to this record level. Unsatisfied with the U.S. recovery, the Fed is still adding $45 billion in bonds each month, though the purchases should end later this year. Yellen said the portfolio should start to shrink once the Fed decides to raise near-zero interest rates. "We've not decided, and we'll probably wait until we're in the process of normalizing policy to decide, just what our longrun balance sheet will be," Yellen told lawmakers.