Turkey´s ministers for economy to meet US counterparts 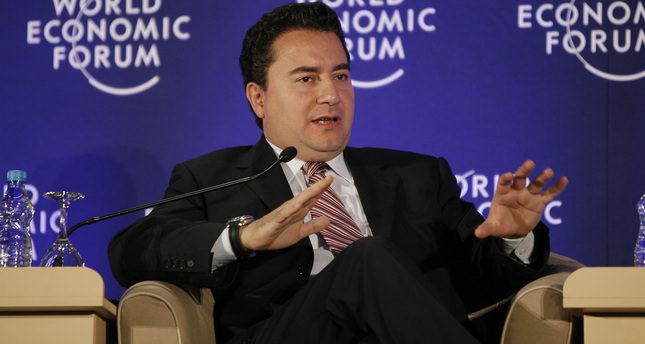 by AA May 12, 2014 12:00 am
ANKARA — Turkey's ministers on economy and trade will meet their U.S. counterparts in Washington D.C. on Wednesday as part of the "Framework for Strategic Economic and Commercial Cooperation" between the two countries.

Ali Babacan, Turkey's deputy prime minister responsible for economic issues, and Nihat Zeybekci, the trade minister, will attend the third meeting of the cabinet-level initiative which was launched in 2009.

Chaired by the U.S. secretary of commerce, the meeting aims to set bilateral economic priorities and investment policy objectives between the two countries.

Turkey's exports to the U.S. in 2013 amounted to $5.6 billion whereas its imports from its historical ally totaled $12.5 billion in the same year, according to Turkey's official statistics authority.