Rising US economy could help Democrats stave off election loss 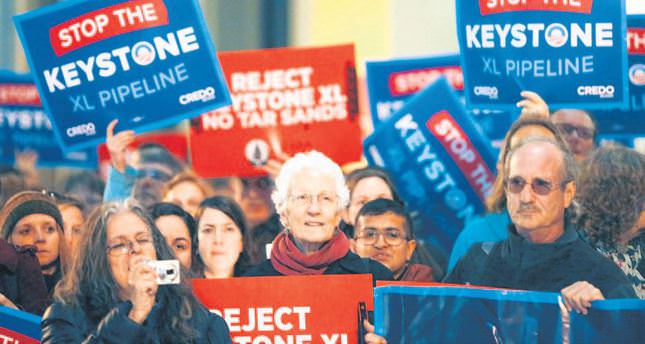 by May 13, 2014 12:00 am
WASHINGTON D.C. — Here's a riddle: Many Republicans deny it's happening. Some Democrats don't want to talk about it. What is it? The answer is the growing U.S. economy, on pace to expand as much as 3.5 percent this year, about the best performance in the industrialized world. Unemployment has fallen from 10 percent to about 6.3 percent and consumer confidence is at a six-year high. Better economic data could help persuade voters in November to look past President Barack Obama's weak approval ratings and his unpopular healthcare law and give Democrats enough lift to hold onto the Senate and limit their losses in the House, political strategists said. Yet a debate about the actual state of the economy, which Americans consistently rate in polls as among their top concerns, may be missing in the run-up to Congressional elections.

Between now and Election Day on Nov. 4, the battle for the Senate largely will be fought in Louisiana, North Carolina, Alaska, Arkansas and New Hampshire. The big prize in November's elections is control of the Senate, as Republicans see 2014 as their best chance in years to end the majority control Democrats have enjoyed since 2007. However, Pete Brodnitz of Benenson Strategy Group, which advises Democratic candidates including Senator Jeff Merkley of Oregon, said it would be a "huge mistake" to ignore the economy's improvements during this year's campaigns. "I personally think it's very important that Democrats talk about how we're making progress on the economy because if we don't, who will?" he said. "If we don't, people will continue to believe" Republican claims that there has been no improvement, he said. Consumer confidence already is building, according to surveys, and job creation has been showing gains.

There were 8.8 million jobs lost during the deep recession that began in December 2007. Now, employment is accelerating, with 9.2 million jobs added since February 2010. Meanwhile, the national unemployment rate has declined to a 5-1/2 year low of 6.3 percent from a peak of 10 percent in October 2009. With Republicans needing a net gain of six seats to win control of the Senate, a few seats turning in Democrats' favor due to the economy could determine whether Obama spends his last years in office with a divided Congress like now, or with one fully controlled by opposition Republicans.

Senate Democrats are trying to defend 21 seats, compared to 14 being defended by Republicans. "Signs of life in the economy could be a major plus for the Democrats," wrote Greg Valliere of Potomac Research Group in an April 21 note to subscribers. "Most Americans still think we're in a recession (it ended in June of 2009), but attitudes could change by Labor Day, which would give Democrats a crucial boost" in November, he said. For now, too many Americans are not feeling the effects of an improving economy, said Ron Bonjean, a longtime Republican strategist and partner at Singer Bonjean Strategies. "You need to have three or four months of solid job growth on the national and local level," he said, adding, "The number of people dropping out (of the labor force) needs to slow down" before Obama and his Democrats can even start touting it.
Last Update: May 13, 2014 1:05 am
RELATED TOPICS