Turkey calls for trade agreement with the EU and US 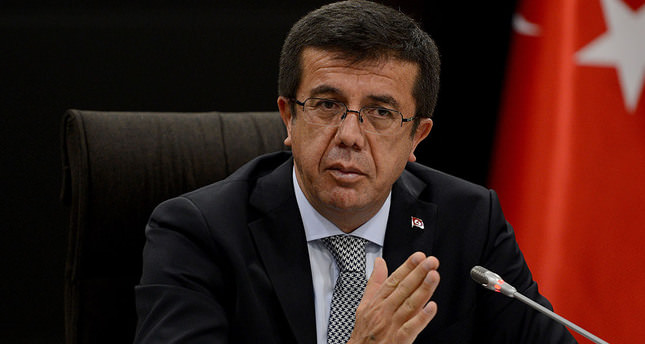 by AA May 13, 2014 12:00 am
BOSTON — Turkey has to be party to a proposed Free Trade Agreement between the EU and the U.S., Turkey's Economic Ministry declared on Monday, stressing that otherwise Turkey should consider renouncing their custom union agreement with the EU.

Turkish Minister of Economy Nihat Zeybekçi arrived in Boston on Tuesday to meet U.S. counterparts in Washington on Wednesday as part of the "Framework for Strategic Economic and Commercial Cooperation" between the Turkey and the U.S.

During a reception held by Turkey's consulate general in Boston prior to official talks planned for Wednesday, Zeybekçi emphasized that Turkey has to be admitted into The Transatlantic Trade and Investment Partnership (TTIP) between EU and U.S.

"If Turkey is not in the agreement between the U.S. and EU, Turkey may renounce their custom union agreement with the EU due to the substantial damages suffered," Zeybekçi said.

Explaining that they will evaluate the possible effects of the proposed TTIP agreement with Turkey during official talks, Zeybekçi said that Turkey should be accepted to the new agreement since it is already a member of the EU's custom union agreement.

Zeybekçi said that Turkey doesn't want to renounce the EU custom union agreement, but that Turkey should be included in scope of the new TTIP agreement, recalling that Prime Minister Recep Tayyip Erdoğan has talked with President Barack Obama regarding the issue.