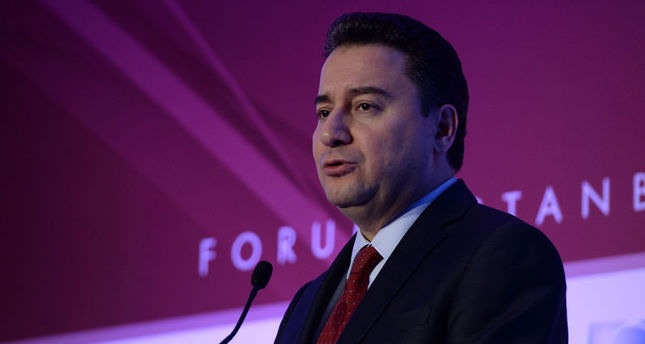 by AA May 13, 2014 12:00 am
ISTANBUL — Turkey's deputy Prime Minister Ali Babacan said on Tuesday that Turkey can improve its economy by fully integrating women into Turkey's workforce.

"As a government we have started many campaigns for schooling girls. Two million students started school thanks to those campaigns," Babacan said, adding that the Turkish government financially supported families to persuade them to educate their daughters.

Deputy PM Babacan said that female participation in the labor force in Turkey was only 23.3 percent in 2004 and reached 30.8 percent in 2014, adding that the rate is still low but had grown over the past nine years.

The labor force participation (LFP) by women rate in Turkey is quite low when compared to the 55 percent rate in European Union countries and almost half of the 62 percent in the U.S.

Speaking at the same conference, Chairman of Forum Istanbul Yavuz Canevi said the 2023 vision for the centennial of the Republic of Turkey was right, meaningful and well-defined.

The 13th Forum Istanbul Conference continues a tradition established in 2001.