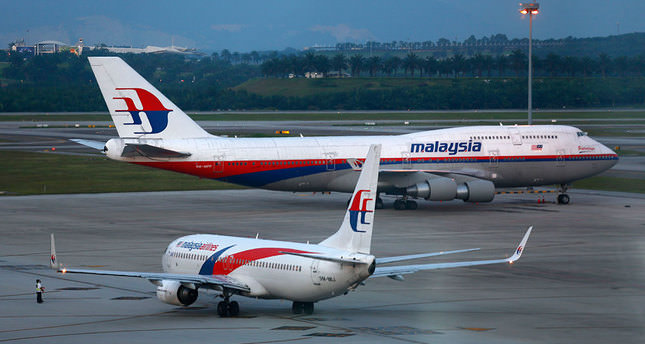 by May 15, 2014 12:00 am
KUALA LUMPUR — Malaysian Airlines on Thursday reported its biggest quarterly loss in over two years, hit by a sharp drop in passenger traffic after what it called the "dramatic impact" of the unexplained disappearance of flight MH370 in March.

In a statement, Malaysian Airline System Bhd (MAS) said its net loss expanded to 443.4 million ringgit
($138 million) in the first quarter from a net loss of 278.8 million ringgit in the same period last year.

It's the carrier's worst quarterly loss since October-December 2011. MAS has lost money for the last three years, beset by high costs and stiff competition.

"The tragic MH370 incident had a dramatic impact on the traditionally weak first quarter performance," the company said in a statement to the Malaysia stock exchange on Thursday. It
said it saw high numbers of cancellations and a decline in long-haul travel after flight MH370 went missing on March 8.

Sales in China slumped 60 percent in March, MAS said. The majority of the passengers travelling on flight MH370 were Chinese.
Analysts had said the situation at the carrier was too uncertain to issue estimates for the first set of earnings reported by MAS since flight MH370 went missing.

The company said on Wednesday it is undertaking a "thorough review" of its business plan as it seeks a path to recovery . This may include the partial sale of itsengineering unit and an upgrade of its ageing fleet, Reuters reported last week.