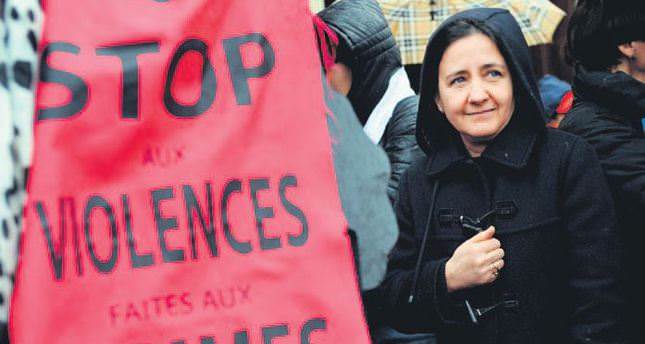 by Anadolu Agency May 16, 2014 12:00 am
ISTANBUL — More than 700 million women worldwide are subject to physical or sexual violence from their husbands or partners, many with little right to protection, the World Bank said yesterday. The problem is worst in South Asia and Africa, where more than two women in five have experienced violence at the hands of a partner, the Bank said. In a sweeping new report titled "Voice and Agency," the Bank said such violence and other systematic disadvantages and deprivations endured by women are important factors in limiting their achievement and keeping hundreds of millions locked in poverty. The report argues that empowering women and removing social and legal barriers to their advancement will benefit much broader groups of society. "Overcoming these deprivations and constraints is central to efforts to end extreme poverty and boost shared prosperity," it said.

The report described numerous ways in which women worldwide are denied "agency" - the ability to rise above their situation on their own efforts. Widespread conjugal violence against them is just one issue of deprivation. Women are much less able to own land; in some countries women cannot move around without permission; women are "grossly" underrepresented in formal positions of power around the world.

Gender-based violence can cost from 1.2 percent to 3.7 percent of GDP, it said. The report pointed to gains that have been made in education as proof of both that social norms can change under pressure and encouragement, and that agency can improve lives. Separately, violence against in developed Western countries draws attention. According to a National Intimate Partner and Sexual Violence Survey, more than 22 million women in the U.S. have been raped in their lifetime. Every 90 seconds, somewhere in America, someone is sexually assaulted.

Violence against women is also "an extensive human rights abuse" across Europe with one in three women reporting some form of physical or sexual abuse since the age of 15, and 8 percent suffering abuse in the last 12 months, according to the largest survey of its kind on the issue, published in March, according to the EU Agency for Fundamental Rights. The survey, based on interviews with 42,000 women across 28 EU member states.
RELATED TOPICS