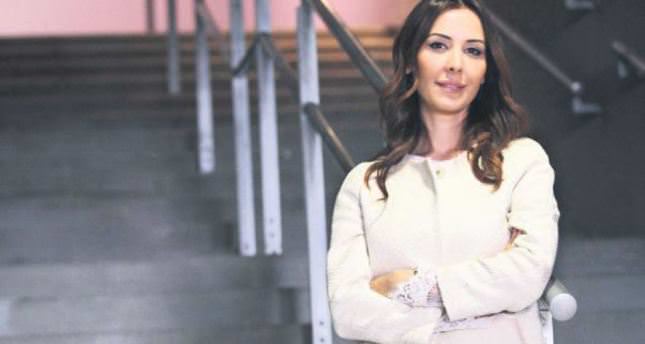 by Daily Sabah May 20, 2014 12:00 am
ISTANBUL — İpek Ilıcak Kayaalp is preparing to make Rönesans Holding rank among the world's top five construction companies. With a war chest of investment money, Kayaalp is determined to push Rönesans, which has assets worth $12 billion (TL25.1 billion), to the top of the industry. The company currently ranks 64th among the top 100 construction companies in the world, according to international business outlets.

But that isn't enough for the ambitious Kayaalp. "We will make investments of $3.2 billion in three years in Turkey and Russia," Kayaalp told Daily Sabah. "This investment program covers Moscow International Business Center (Moscow City) worth $1.5 billion. We will build two 60-storey towers. We will also carry out hotel, housing and shopping mall projects in Turkey. Apart from that, we will continue with our energy investments."

Rönesans is one of the country and region's largest employers making waves in Asia and Africa. "We have investments in 13 countries including Russia, Turkmenistan, Libya, Iraq, Nigeria, Azerbaijan and Gabon," said Kayaalp. "We employ more than 35,000 people. 23,000 of them work in Russia."

Upon being asked about purchasing projects in foreign countries, the business leader told Daily Sabah, "We have bought a Swiss-based company.

Then, we took part in the construction project of Gothern Tunnel. We are investigating infrastructure and energy companies in Europe. We will seize opportunities in Austria, Switzerland and Germany."
RELATED TOPICS