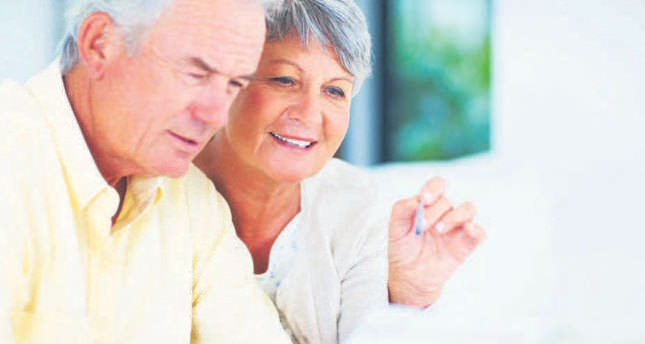 Yo ung Turks fail to look beyond today, not saving for a rainy day, while 89 percent of the retired regret never having saved some money in the past, according to a study presented by Avivasa Insurance Company CEO Meral Eredenk Kurdaş

ISTANBUL — Avivasa Insurance Company CEO Meral Eredenk Kurdaş addressed the press yesterday about the results of a recent survey which shows 89 percent of the retired people in Turkey regret not saving during their working life. Kurdaş stated that employed people have a more positive approach toward life while the retired have a more negative outlook. Kurdaş highlighted that if individuals do not prepare well for their retirement, they will likely experience a drastic decrease in their standard of living. "The only cure for such kind of deficit is individual retirement system" Kurdaş remarked.

According to a survey conducted by Aviva in England and by Avivasa in Turkey, 38 percent of Turkish people do not have any savings, which shows the number of people in Turkey who are interested in saving for retirement is one-third of those living in the U.K. The income of the ones who retired long ago decreased by 38 percent compared to those who keep working. Even though participants have different ideas about many matters, they agree on the age of retirement. Women want to retire at 46 while men at 52. However, due to a reduced standard of living, retirement in Turkey has stopped being a period when individuals spare some time for themselves and realize their retirement dreams. Turkish people who recently or formerly retired keep working for between four and nine years in order to maintain their current standard of living. Fortythree percent of the newly-retired and 27 percent of the formerly-retired continue to work.

Individuals who approach retirement time start to think about the future. Working individuals try to guarantee their future nearly 11 years before their retirement. On the other hand, 70 percent of the retired do not have a saving habit. The ones who still work have a more positive outlook on life and the economic situation in Turkey while the opposite is largely true for retired individuals. The ones who have positive expectations about the economic situation of Turkey among employed individuals constitute 32 percent while the rate is 29 among the retired, and 23 percent among the formerly-retired.
Last Update: May 27, 2014 3:34 am
RELATED TOPICS