IMF yet to take $5 billion credit from Turkey 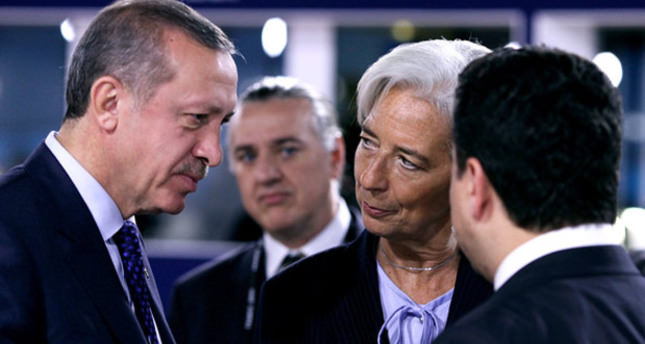 by AA Jun 06, 2014 12:00 am
ANKARA — The International Monetary Fund has not taken up an option of borrowing $5 billion from Turkey, Turkish Deputy PM for economy Ali Babacan has said.

The comments by Babacan, who is responsible for Turkey's economic affairs, came on Friday in response to a parliamentary question from the Republican People's Party (CHP) Deputy Chairman Sezgin Tanrikulu, asking whether the IMF would demand the sum, which it is entitled to borrow in the event of a global or regional crisis.

Babacan said: "If the IMF would use our credit undertaking partially or fully, the maximum payback period will be 10 years. "If the IMF would need an extra credit fund, the payback period can be extended to 15 years if confirmed by according to the Turkish Central Bank's confirmation." Turkey paid off a $23.5 billion debt to the IMF in April 2013, and agreed to have a stand-by offer of $5 billion in credit to the fund if it required it for a "crisis".

Under the agreement, the IMF will immediately pay back the credit to Turkey if the country requires it to meet its balance of payments.
Last Update: Jun 06, 2014 2:44 pm
RELATED TOPICS