First quarter FDI increases by half, reaching $4.2B 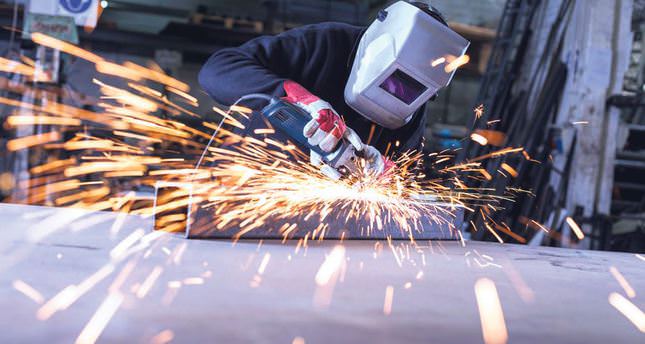 Turkey attracted $4.2 billion FDI in the first quarter of 2014. Experts note that the ECB's decision to cut interest rates will further boost investments

Experts note that Turkey will attract more FDI after the European Central Bank's (ECB) expected interest rate cut decision. The manufacturing sector benefited the most from foreign capital with $1.04 billion, and the energy sector followed with $808 million. The FDI data shows that 61.9 percent of total foreign investment came from the European Union countries. Data shows 267 new foreign-funded companies were established in March 2014, which adds to the 38,116 companies with international capital operating in Turkey.

International direct investment in the country reached $1.2 billion in January, $1.5 billion in February and $1.4 billion in March of 2014. According to Turkey's Investment Support and Promotion Agency, the country should continue to attract international investments, specifically in the fields of energy, banking-insurance and finance during the rest of 2014. In 2013, FDI in Turkey dropped 4.1 percent from the previous year, amounting to $12.6 billion. Speaking at the 44th Turkish Industrialists' and Businessmen's Association (TÜSİAD) General Assembly in January, TÜSİAD chairman Muharrem Yılmaz, who resigned from his position after a workers rights scandal on June 4, said that foreign direct investment would not be made in a country with no respect for the rule of law, where legal codes conflict with European Union rules, where public procurement laws have been amended dozens of times and where companies are pressured through tax fines.

Late January, Erdoğan lashed out at the TÜSİAD head for what he called a negative portrayal of the Turkish economy. "Saying that foreign direct investment will not be made in Turkey is treachery," Erdoğan said, targeting the business group and its president. The latest figures regarding FDI has proven Erdoğan's statements right. Economists also emphasize that the ECB's interest rate cut will boost capital flow to both Turkish monetary and industrial markets in the coming period.

In an interview with Anadolu Agency (AA), William Jackson, Capital Economics' chief economy advisor for emerging economies, stated that the interest rate cut by the ECB was an expected move and will have a limited effect on markets. Noting that the ECB's next step is what will be of utmost importance in the next term, Jackson said if monetary expansion takes place, it would accelerate the flow of capital to Turkey.

However, Jackson also warned against the fact that in case of such an increase, economic fragilities arising due to the high current account deficit in Turkey would be left under more pressure.

Christian Maggio, the senior economist for emerging economies at Toronto-based Dominion Securities, agreed with Jackson and stated that the next steps the ECB will take will be in accordance with their decision announced earlier this week and that Turkey is to benefit from the whole process.

Timothy Ash, the emerging markets analyst at Standard Bank, also deemed the ECB's decision on interest rates as a positive step and added, "The interest rate cut will have a positive outcome for emerging economies."

Speaking to Daily Sabah, economist Taha Meli Arvas noted that ECB Chairman Mario Draghi's announcement on Thursday is both goods news and bad news for the Eurozone. "It is bad in that the economies of the 18 bloc countries as a whole are in such horrible shape that the ECB has taken such drastic measures. Emulating the Federal Reserve Bank of the United States, the ECB apparently believes that quantitative easing coupled with negative interest rates (practically zero percent) will increase the flow of funds and lending to businesses in desperate need of liquidity. Unfortunately, the ECB is not the FED and the Eurozone is not the U.S.," Arvas said.

Arvas added that the good news is that lending to financial institutions will increase and the uber-rich will continue to get richer in Europe by borrowing at near zero percent and investing in de facto ECB-backed "sovereign" government bonds. Obviously, this is only good news for the rich. "This news is also both good and bad for Turkey. It is good in that there will be greater demand for Turkish debt, pushing yields lower and increasing the value of the bonds currently bloating the balance sheets of Turkish banks and corporations. This will push equities higher along with bonds. The Turkish Lira will also strengthen against the Euro in the long term, and Turkey will see more direct foreign investment from Europeans desperate for higher yields. With rates so low in the Eurozone, many European investors will bring their Euros to Turkish markets," Arvas noted.

Arvas also stated that the only potential bad news for Turkey is that Turkey's biggest customer, the Eurozone, may not be able to
demand as much of Turkish goods in the longterm.
RELATED TOPICS