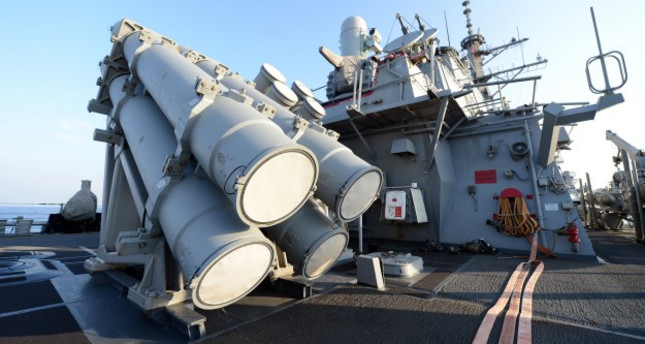 Algeria, Qatar, Saudi-Arabia, Indonesia and Israel have become the top importers of German arms outside the EU and NATO, according to the German government's official arms sales 2013 report released on Wednesday.

The export licenses given to German defense companies have increased by 24 percent in 2013 and reached a volume of €5.8 billion, according to the report by Germany's Federal Ministry for Economic Affairs and Energy. In total, 17,949 export licenses were approved.

In 2013, German companies received export licenses worth €3.6 billion for defense contracts with the third countries.

Algeria has topped the list with defense agreements amounting to €825 million, and Qatar is the second biggest importer of German defense products with €673 million .

The number of export licenses given to German companies for exports to Saudi Arabia amounts to €361 million, and €295 million to Indonesia.

Israel has become the fifth largest importer of German defense products among the non-NATO and non-EU members.

The German government has rejected 71 applications from defense companies in 2013 for military exports amounting to €10 million. These included exports aimed at China, Iran, Serbia, Russia and Ukraine.

The report on German arms sales has underlined that while the overall defense export volume has increased to €5.8 billion, the share of "military weapons" like ammunition, bombs and missiles decreased from €946 million in 2012 to €933 million.

The largest share in Germany's defense exports has been tracked and wheeled armored vehicles, amounting to €2.2 billion. The share of military electronics has been €424 million, and military software at €57 million.

"The federal government sets very strict principles for arms exports to third countries," Gabriel, the leader of Social Democratic Party (SPD) wrote at the preface of the report published by his ministry. "No export licenses would be approved for doubtful business," he stressed.

SPD had criticized both Germany's growing defense expenditure during the election campaign in October, and the policies of the previous conservative-liberal coalition government. Back in October, SPD's leader demanded stricter rules for countries that seek military imports from Germany by taking into account the democratic and human rights standards of those countries.

The coalition government of Christian Democrats and Social Democrats decided last week to inform the Parliament in timely and in regular periods on major defense exports.

The government is also planning to publish an interim report in the coming months on the defense exports approved in the first six months of this year.