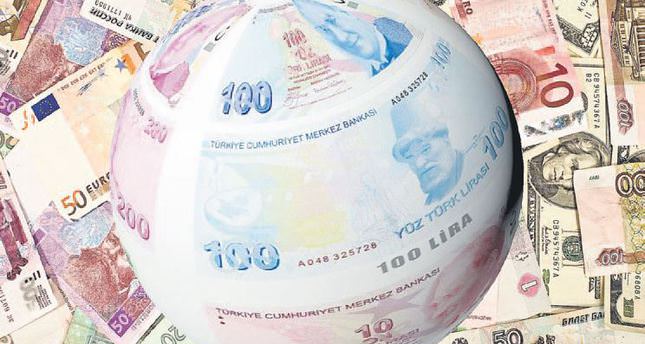 Current account deficit in April was lower than expected according to official figures, which spurred hope for further interest rate cuts from the central bank

Turkey's central bank issued a statement yesterday which claimed the current account deficit in April stood at $4.79 billion (TL 10.12 billion). Compared to April 2013, the current account deficit in April 2014 decreased by $3.32 billion and fell to $4.79 billion while the annual current account deficit stood at $57.79 billion. On May 22, the central bank reduced its one-week repurchase rate from 10 percent to 9.5 percent, a tactic which is utilized to increase the economy's money supply. It, however, was widely evaluated as an insufficient move to reduce the strain on investments. The central bank has vowed to keep rates high until the outlook on inflation recovers, a move which drew further criticism from the government. The markets will be watching the upcoming statements closely on June 24 from the monetary policy committee following unexpected growth and the release of data on the inflation outlook and trade.

Commenting on the matter, Minister of IndustryFikri Işık said that as Turkey continues to grow, it also begins to handle the current deficit question."So far, the key element of growth in Turkey has been internal consumption; however, in the first quarter of 2014, exports has lead growth. When compared to the same period of last year, the consumption effect was 3.1 percent but it dropped to 2.1 percent this year. It clearly shows that Turkey can achieve a production-based growth rather than one that is import- or consumption-based. Even better, on the one hand we are growing, and we are closing the current deficit on the other. The recent exchange rates have an effect on this," the minister said.

Speaking on the matter economist Dr. Dündar Demiröz noted that the increase in exchange rates has helped the reduction in the current account deficit. In order to benefit from the exchange rates, producers are motivated to increase their exports and dispose of their stocks. He also stated that in the first quarter of 2014, the driving force of the economy was export more than domestic consumption, followed by an important decrease in imports. Therefore, the current account deficit has decreased within the last months.