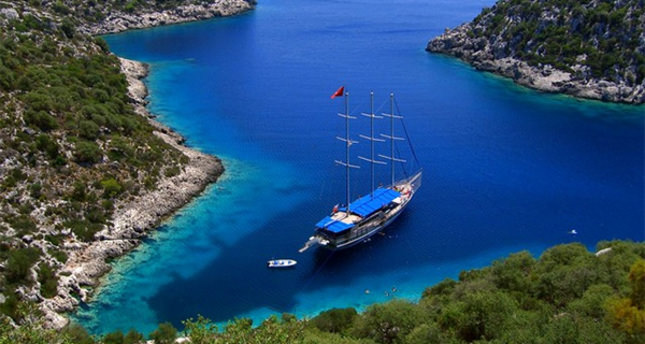 by Daily Sabah Jun 16, 2014 12:00 am
Exports of ships and yachts increased by 46.4 percent to $131.9 million in May, compared to $90.1 million at the same time last year, according to figures announced by the Turkish Exporters' Association. The ship and yacht sector recorded the biggest increase in Turkish exports in May with 46.4 percent. The export figures in the sector increased by 6.1 percent in the first five months of 2014. According to figures announced by the Turkish Exporters' Association, while 65 percent of exports in the sector came from Istanbul, 24.81 percent originated in Yalova. While ship and yacht exports reached $90.1 million (TL 191.4 million) in May last year, the figure increased to $131.9 million.

The figures in Istanbul, which account for more than half of the exports in the sector also increased by 21.48 percent when compared to the first five months of last year. Yalova is expected to become Istanbul's rival in the near future however, where export figures decreased by 16.52 percent when compared to last year. These two cities have accounted for 89.81 percent of Turkey's ship and yacht exports. With a total export equaling $104.7 million, Norway, known as the "country of the Vikings" became the country that imported most ships and yachts from Turkey in the first five months of 2014, followed by Italy, Malta, Denmark, Germany, Holland and Panama.
RELATED TOPICS