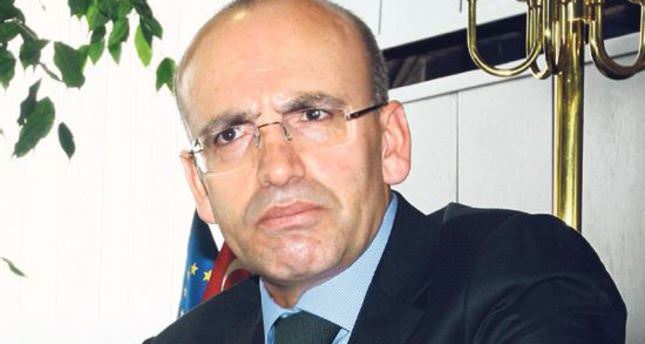 by Daily Sabah Jun 19, 2014 12:00 am
Reforms implemented by the government resulted in Turkey's current account deficit, seen as the Achilles' heel of the Turkish economy, to shrink despite negative regional developments, said Finance Minister Mehmet Simsek.

Turkey's Finance Minister Mehmet Şimşek said on Tuesday that the implementation of various reforms has brought the current account deficit problem nearer to being solved despite the negative impact of geopolitical tensions. Noting that there are various destabilizing events taking place across the globe, Şimşek stated that despite geopolitical tensions, including ongoing conflicts in Iraq and Ukraine, Turkey will reduce its current account deficit to 5 percent from 8 percent. Şimşek also added that when the figures of the last four months are considered on an annual basis, the ratio of current account deficit to per capita income has already dropped to 5 percent.
Last Update: Jun 19, 2014 1:20 am
RELATED TOPICS