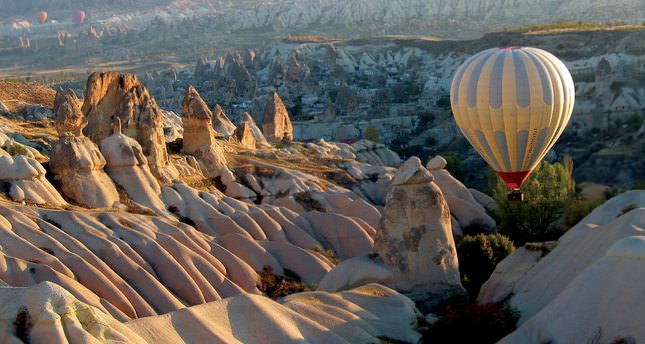 by AA
Jun 23, 2014 12:00 am
Tourists visiting Turkey are expected to spend US$35 billion in 2014, the president of the country's largest travel agency association has said.

Başaran Ulusoy, president of the Association of Turkish Travel Agencies (TURSAB), said on Monday that the organization expected an increase in both tourist numbers and revenue of about 10 percent over the year.

"We estimate 43 million foreign tourists will come to Turkey and provide revenue of $35 billion by the end of 2014," Ulusoy said.
Basaran said most tourists came from Germany, Russia, the United Kingdom, Georgia, Bulgaria and the Netherlands last year, and this would remain the case for 2014.

"We believe tourists from Russia and the United Kingdom will increase during the summer season. We also expect a significant increase in tourists coming from Iran this year," he said.