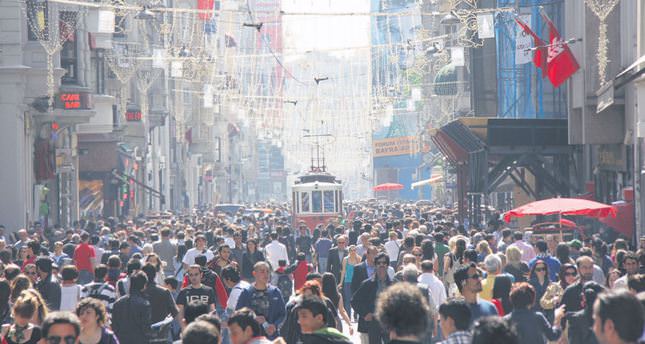 by Daily Sabah Jul 04, 2014 12:00 am
A recently released Organization for Economic Co-operation and Development report shows that Turkey will not fall victim to the so-called middle income trap and will pass the $20,000 per capita level by the centenary of the Republic in 2023.

The Organization for Economic Cooperation and Development (OECD) has published a report claiming "Turkey is able to overcome the middle income trap," a topic in Deputy Prime Minister Ali Babacan's area of specialization. According to the report entitled "Shifting Gear: Policy Challenges for the Next 50 Years," Turkey will wait until 2023, the centenary of the Turkish Republic, to break the middle income trap and to reach a per capita income of $20,000 (TL42,000).

The report also suggests that Turkey will move toward a per capita income of $30,000 in 2037 and this figure will reach the present level of a U.S. citizen's per capita income, by hitting $44,900 in 2060. According to the estimations in the report, apart from Russia, per capita income of Turkey will outnumber all those of emerging economies including Brazil, China, India, Indonesia and South Africa in 2060. The OECD tabularized predictions as to how the main economic indicators of the member countries will move on until 2060.

According to OECD predictions, the shrinking income gap between the developed and emerging economies will lower the economic migration to developed countries. This decrease in migration will add to demographic pressure caused by an ageing population. That demographic pressure is expected to lessen the labor force by 20 percent in the U.S. and by 15 percent in the eurozone.
RELATED TOPICS