Turkish banking assets up, profits down in May 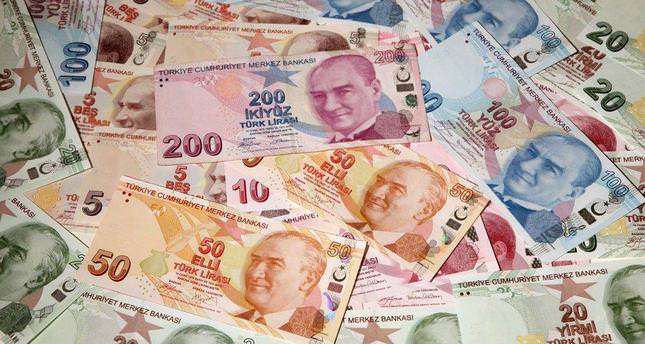 by AA Jul 07, 2014 12:00 am
Turkish banking sector's assets increased by 3.6 percent in May compared to the end of 2013 despite posting a drop of 11.5 percent in profit from last month, Turkey's official banking regulation agency announced Monday.

According to the temporary figures released by the Banking Regulation and Supervision Agency, BDDK, the size of assets reached TL 1.794 trillion ($840 billion) as of May 2014.

The agency said the net term profit of the banking sector decreased by 11.5 percent compared to May 2013 and reached TL 10.10 billion in May this year.

The authority noted that credits, which comprise the largest share of the banking sector, reached TL 1,092 billion in May.

The Turkish lira tumbled to almost 2.4 to the dollar and 3.23 to the euro in the first month of the year and this plunge was widely seen endangering the Turkish economy, which is heavily dependent on dollar and euro pegged transactions and loans for the country's everyday business.

The ratings agency also said it expected most Turkish banks to absorb moderate stress and any downward pressure on their ratings should be limited despite "a weaker currency, a slower economy and political uncertainty".

In June, another International credit rating agency, Moody's, made rating revisions on 11 Turkish banks citing pressures on the standalone credit strength of some of the institutions, a slowdown in real GDP growth and a climate of uncertainty affecting the banks.

Moody's expects that Turkish banks' asset quality and profitability will weaken and that liquidity will tighten.

Moody's also forecasts that the future growth of the banking system will increasingly depend on market funding, which increases banks' sensitivity to investor sentiment and wholesale market dynamics.

The agency noted a reduced expectation of the level of systemic support, which it believes should be incorporated in Turkish banks' deposit and senior debt ratings.

"This view takes into account the fact that the banking system and its financial obligations have grown significantly in relation to GDP in recent years, and will continue to do so, increasing the potential cost of any government support, in case of need. The charged domestic political environment and less predictable policy responses add additional elements of uncertainty," Moody's said.

The net profits for Turkey's banking sector were up by 5.1 percent in 2013 compared to the previous year.