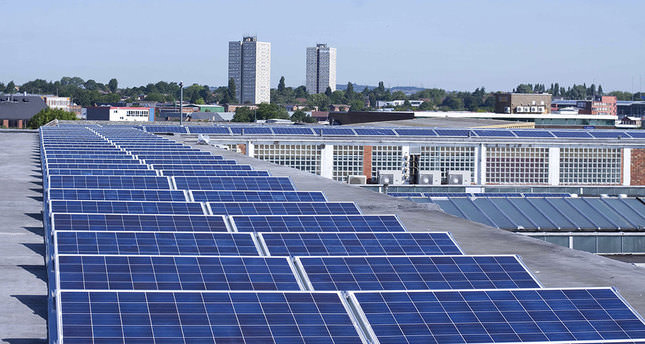 by Associated Press Jul 08, 2014 12:00 am
Diplomats from the United States, China and the European Union began talks Tuesday with 11 other countries toward a deal that would cut tariffs on almost $1 trillion of environmental goods.

The proposed agreement at the World Trade Organization would cover 86 percent of trade in goods such as solar panels and wind turbines for producing energy, filters for wastewater treatment and catalytic converters for air pollution control. U.S. exports of environmental goods reached $106 billion last year, and have grown 8 percent a year since 2009.

The negotiations also include Australia, Canada, Costa Rica, Hong Kong, Japan, Korea, New Zealand, Norway, Singapore, Switzerland, and Chinese Taipei. They are meant to build on a list of 54 environmental goods put together by members of APEC the Asia-Pacific Economic Cooperation for Pacific Rim economies for which the governments hope to reduce tariffs to five percent or less by the end of 2015.

They said the EU, as a world leader in exports and imports of environmental goods, is particularly interested in reducing barriers to trade in environmental services such as the maintenance and engineering for wind farms.

U.S. Trade Representative Michael Froman said a agreement would eliminate tariffs of up to 35 percent on dozens of items and fulfill a key part of President Barack Obama's climate-change agenda.

Though climate change isn't technically part of the WTO's work agenda, the organization considers itself relevant to the issue because of the way trade policies affect sustainable development, including the efficient allocation of natural resources.

"By eliminating tariffs on the technologies we all need to protect our environment, we can make environmental goods cheaper and more accessible for everyone," Froman said.