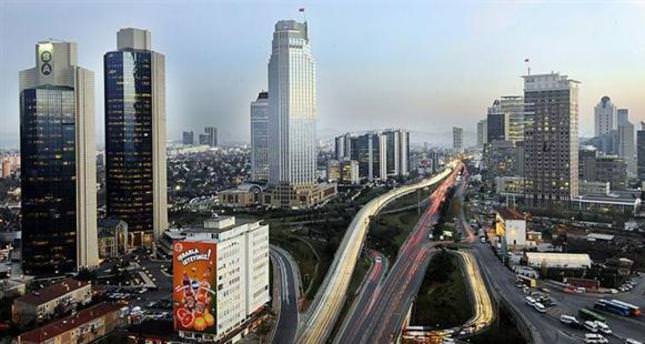 The current account deficit dropped 38.5 percent to $19.8 billion in the first five months of 2014 when compared to the same period last year. As a result of macro-prudential measures the deficit has continued to fall since the New Year.

Haluk Bürümcekçi, chief economist at Burgan Investment, stated that a foreign trade deficit has showed a sharper decrease and that a services balance occurred at better levels in comparison to last year. Both of these as well as a sharp fall in investment costs have had an influence on the dramatic progress of the current account deficit of May.

Bürümcekçi continued, "Although gold imports increased in June in comparison to May, it still remained at low levels and this was a positive signal in terms of the course of the current account deficit in the recent term. We thought that the gold foreign trade balance would not have a deficit by 2013 and it would cause improvement in the annual current account deficit. However, the situation of the first five months indicates a better picture than we expected. As in the past two years, it will be more reasonable to evaluate import and export data by excluding the gold effect. Another positive development is that exports (excluding gold) maintained their tendency to increase in June. The oil prices were on a slight rise when compared to the same term the last year and this will have a negative effect on the current account balance in due course."

Burak Kanlı, chief economist at Finansinvest, said the economic recovery in Europe, depreciation in exchange rates, the moderate course of private consumption demand, measures taken about consumer credits, the moderate course of energy imports and a recovery in foreign trade are continuing. Kanlı expressed that all this provided a clear improvement in the current account deficit and added, "This is supported by the increase in suitcase trading and an improving tendency for services and revenues. In terms of financing, direct foreign investments in Turkey have increased by 25 percent in the first five months.
Last Update: Jul 11, 2014 10:48 pm
RELATED TOPICS