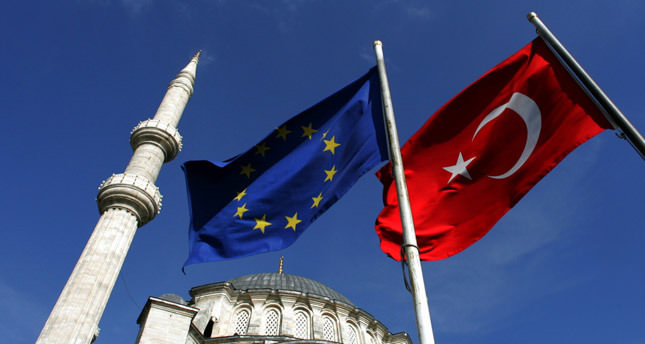 by AA Jul 11, 2014 12:00 am
Turkey is working to renew its customs union agreement with the EU, Turkish EU Minister Mevlüt Çavusoğlu said on Wednesday. Çavusoğlu stated that Turkey has started to review the customs union agreement that came into force on Dec. 31, 1995. Turkey is the only non-EU country which has a Customs Union Agreement, which was a keystone to prospective EU membership for Turkey. "As the EU negotiation process lingers, the negative impact on the economy grows. It is injustice for the Turkish economy," he said during an Economic Development Foundation function. As a signatory of the agreement, Turkish officials argue that free trade agreements signed by the EU with other countries effectively opens Turkey's market to exports from them, but also blocks Turkey from the tax advantages associated with exporting goods to the same states, since Turkey is not a party to the deals.
RELATED TOPICS