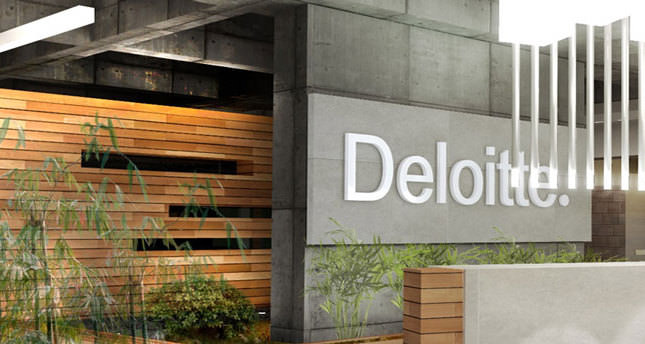 Deloitte, one of the "Big Four" professional services firms, announced that it is increasing the estimate growth rate for Turkey in 2014 to 3.5 percent from the previously announced 2-2.5 percent band.

Deloitte Turkey published the report "Economic Outlook: Under the shadows of Central Banks" which contained numerous forecasts and predictions for the world economy and other evaluations related to economic growth, the current account deficit and inflation rate in Turkey.


The report states that the Turkish economy has grown by 4.3 percent and half of such growth is caused by an increase in net exports and foreign demand.

"Unfortunately, inflation is still high. But the current account deficit will be decreasing and we believe gross domestic product [GDP] will finish the year with a relatively high increase around 5.5-6 percent," said Deloitte Turkey CEO Hüseyin Gürer.


According to the report, Turkey in 2014 is going through a "rebalancing" phase similar to that in 2012. The same report shows that a growth rate higher than the current target of 4 percent, inflation parallel to all economic targets, a better current account deficit/GDP rate and more production and increasing demand are what need to be achieved.
Last Update: Jul 16, 2014 10:56 am
RELATED TOPICS