EU trade to make up for the loss of Iraq 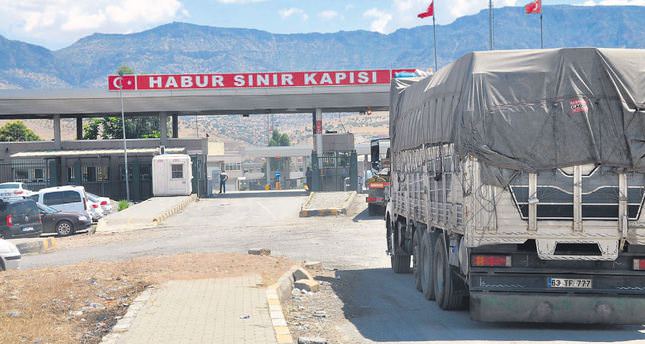 Clashes in Iraq cause a decline in Turkey's export volume to the region, while economic recovery in the eurozone gives hope to Turks to restore their losses

Economic specialists of international financial institutions who answered questions from Anadolu Agency (AA) have noted that the decrease in Turkey's exports is a result of geopolitical tensions in Iraq, something which will be balanced by an economic recovery in the eurozone. Along with the Islamic State of Iraq and al-Sham's (ISIS) invasion of Mosul, other political and economic risks arising in the region have been affecting Turkey's export market. Economy Minister Nihat Zeybekçi noted that the worst case scenario at the end of the year would be a decrease of $2.5 billion (TL 5.27 billion) in exports for Turkey due to tensions in Iraq. He further stated that there are pressures on Turkey's growth but a 4 percent growth target is still valid. Berenberg's Senior Economist Christian Schulz noted that the recovery in the eurozone is still weak and countries such as Spain and Portugal, which have suffered the worst from the crisis, are facing strong recoveries.

Whereas countries like Germany and France are experiencing slower rebounds. Schulz said this shows that the worst phase is over but the recovery will still take some time. Noting that the effects of the hard reform decision applied in Europe and the eurozone became visible in some economically weak countries, Schulz added: "Unemployment in Ireland, Portugal and Spain are below the top level and even in Greece it is slowly decreasing. The increase in employment is due to the strong labor market. To the contrary, France, which applied very strict reforms is not showing any signs of improvement," added Schulz. Answering the question as to whether the recovery in the eurozone can balance out the negative effects of the crisis in Iraq, Schulz noted that a strong recovery in the eurozone will definitely be good for Turkey.

ABN AMRO's Senior Economist of Europe and the Middle East Developing Markets Arjen van Dijkhuizen noted that the negative developments in Iraq, which is Turkey's second biggest trade partner, is creating the risk of slowing exports in Turkey, an indication of this is in the June figures which showed exports dropped crucially. However, he noted that the recovery in the eurozone is increasing EU's share in Turkey's exports, especially the net exports of the first quarter.

ING Group's senior eurozone Economist Carsten Brzeski said that the worst days are over but the public debt and unemployment rates are still very high. Brzeski further noted that the recovery in Europe is not strong enough to balance out the negative effects of the regional crisis around Iraq.
Mehmet Büyükekşi, chairman of the Turkish Exporters' Assembly, said on July 15 that exports to Iraq have declined by 30 percent from June to today - compared with the same period last year - due to conflicts in the country. In a meeting with the members of the Footwear Industrialists Association of Turkey, Büyükekşi said that tensions in neighboring countries have affected Turkey in a negative way and expressed his wish that conflicts in the region, especially in Iraq and Syria, would end as soon as possible. In addition to emphasizing that after Germany, Iraq is the second largest export market for Turkey with exports valued at $12 billion, Büyükekşi said that "In the first five months of 2014, Turkey's exports to Iraq increased by 11 percent thereby reaching $5.40 billion. However, monthly exports fell by 21 percent in June and have now decreased by 30 percent. This is a very significant ratio. The exports to Iraq are not progressing as normal, having a 2.5 point negative effect on total export increase."
Büyükekşi, during a press conference on July 1, also said Turkish exporters will recover their losses from the unrest in the Middle East by increasing exports to other markets like lately-recovering European countries.