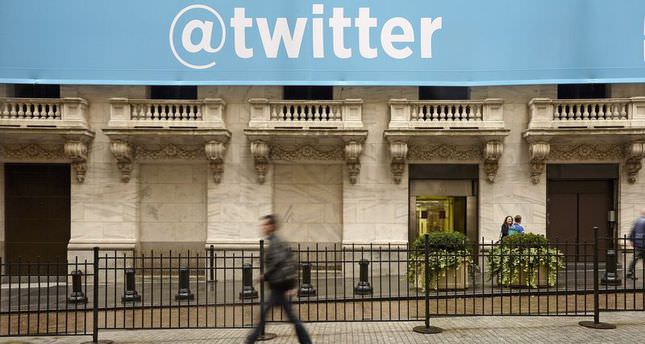 by Jul 30, 2014 12:00 am
Twitter shares shot higher by some 30 percent Tuesday after its quarterly report showed surprisingly strong revenue and user growth, despite a widening loss.

The popular one-to-many messaging service said its quarterly loss widened to $145 million from a $42 million loss a year ago.

But revenue more than doubled from a year ago $312 million in the three months that ended June 30, with the number of monthly active users hitting 271 million, up 24 percent year-over-year.

The "adjusted" results which exclude certain expenses and stock compensation showed a modest profit of $15 million, better than expected.

That along with the rise in use evidently bolstered confidence of investors who pushed the stock up more than 30 percent to $50.30 in after-market trading.

"It is well-advertised on TV. Companies put Twitter IDs on pitches. It is kind of ingrained in what we do."

And, the analyst noted, there is plenty of room for Twitter to evolve, perhaps into a more extensive real-time news service tightly linked to television programming.

Twitter took in $277 million from advertising, a 129 percent increase from the same period a year earlier.

Ads served up on Internet-linked mobile devices accounted for 81 percent of that revenue in a sign that the San Francisco-based firm was tending to the business side of following users onto smartphones and tablet computers.

About a third of Twitter's revenue came from outside the United States, with International revenue climbing 168 percent to $102 million, earnings figures showed.

"Our strong financial and operating results for the second quarter show the continued momentum of our business," Twitter chief executive Dick Costolo said in the earnings release.

"We remain focused on driving increased user growth and engagement, and by developing new product experiences, like the one we built around the World Cup, we believe we can extend Twitter's appeal to an even broader audience."

Forrester analyst Nate Elliott saw the earnings numbers and user growth figures as encouraging, but only a little bit.

Twitter use in the second quarter of this year was up just six percent from the first three months, and that was with the help of storms of tweets fired off during the World Cup football tournament in Brazil.

"The wind was in their sails," Elliott said of Twitter. "You would have liked to see them do a lot better than that on users."

Twitter does appear to be making progress on user numbers and is showing they can bring in money from the people already on the service, according to the analyst.

"And in making progress, they are reminding us that they aren't there yet," Elliott said.

"Things are moving in the right direction, but you have to wish they would move a little faster."