An economic outlook for Turkey: What to expect for Q2 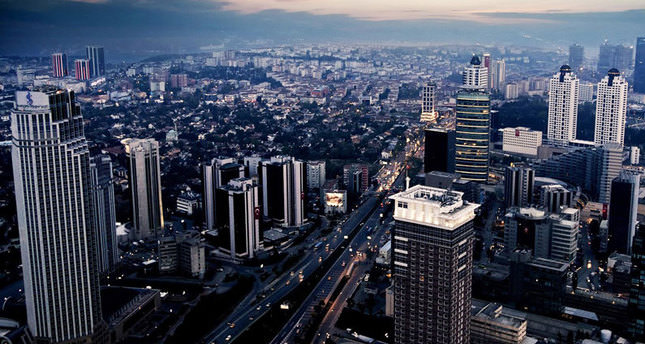 by Hatice Karahan Aug 05, 2014 12:00 am
The Turkish economy exhibited an annual growth of 4.3 percent in the first quarter of 2014, despite the expected potentially adverse effects of the developments that had broken out at the end of 2013 and lasted for the following months. Such a reasonable growth pushed all international institutions to significantly revise up their forecasts regarding the Turkish economy for the year 2014. As a result, Turkey's economic performance for the next quarters is now a big matter of curiosity, which will be to some extent satisfied upon the announcement of the second quarter gross domestic product (GDP) growth rate, which is expected on September 10. This means that there is more than one month before exact figures will tell us about the tempo of the first half of the year.

However, it is possible to make some forecasts based on available data. So, let's take a look at the main leading indicators and evaluate the Turkish economy in Q2 in order to determine if the performance is being maintained. Fueled by private consumption and government expenditures, Turkey's economic activity in Q1 was essentially driven by foreign trade. That is why it makes a lot of sense to visit the related data for the next three months as well. Regarding this, statistics published last week by the Turkish Statistical Institute show that exports went up by 4.9 percent whereas imports decreased by 7.1 percent in Q2 on a yearly basis. Compared to the previous quarter, this picture exhibits a stronger impact of imports on GDP growth. Yet the combined effect which is formulized as "net exports" is quite promising. The analyses I conduct yield a contribution of net exports in Q2 as strong as in Q1, if not better.

At this point, I find it useful to touch briefly upon the dynamics behind this development. On the exports side, a number of industries continued to score robust increases and sustained the economy's growth in foreign markets. Motor vehicles, knitted apparel and machinery industries should be featured in terms of their contribution to the speed of the overall exports' increase. At this juncture, the negative effect of gold should also be emphasized, as unlike in the previous quarter, exports of precious metals and stones, composed mainly of gold, fell sharply at a rate of 43.2 percent, cutting 2.3 points off the growth of Turkey's total exports. To put it differently, Turkey's merchandise exports actually grew by over 7 percent but were undermined by the contraction in gold in Q2.

On the other hand, gold also took the leading role on the imports wing Figures tell us that the stiff fall in the overall imports of Turkey in the period of interest was extensively due to gold, the import value of which went down by around 65 percent. Therefore, it is clear that the support imports have given to the GDP growth of Q2 is basically rooted in gold. Having clarified the role of net exports, let's now evaluate the other components of the domestic economy. Firstly, according to most indicators such as industrial production, credit growth and imports, private consumption does not seem to have been accelerated in the focus period.

Moreover, private investments appear to have remained on a downward path with a potentially disappointing negative impact on the GDP growth for Q2. At this point, in conjunction with some other factors, the possibility of an investment-discouraging effect caused by the prevailing high interest rates can be mentioned. Thus in my opinion, unlike with foreign demand, indicators of domestic demand do not portray a stronger outlook for Q2, assuming that government expenditures do not come up with a significant change.

In conclusion, the data at hand reveal that the Turkish economy keeps re-balancing toward external demand in Q2, as well. A comprehensive analysis, however, indicates a slightly weaker growth rate in comparison with the previous period. So, based on my calculations, GDP in Turkey turns out to have expanded by around 4 percent in the first half of 2014. When compared to most economies in both the developed and the developing world, such a performance sounds and feels quite pleasing. Nevertheless, what I foresee for the rest of the year is a more challenging outlook, in which the Turkish economy struggles with the Iraq exports crisis, the diminishing base effect of gold imports, relatively high interest rates and further developments in global financial markets. In the meantime, the presidential election, to be held this Sunday, will definitely serve as a milestone for the democratization and political stability of the country, which will inevitably shape various economic parameters in turn.

* Dr. Hatice Karahan teaches at the Department of Economics at Istanbul Bilgi University and is an economist at SETA Ankara
RELATED TOPICS