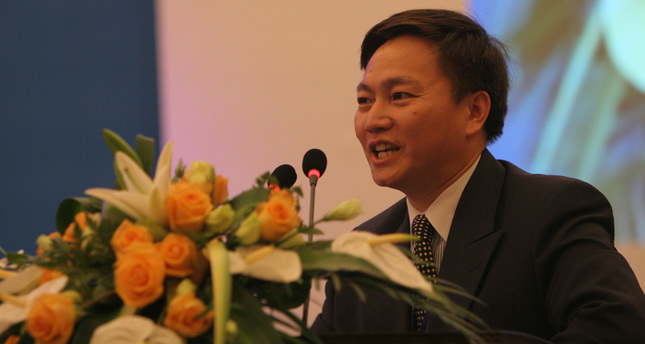 by AA Aug 08, 2014 12:00 am
The World Bank's Board of Executive Directors approved a loan of $500 million (TL 1.09 trillion) to strengthen the Ukrainian banking system on Aug. 7.
Through this loan, the World Bank aims to encourage regulation and operational reforms to better deal with insolvent banks particularly the Deposit Guarantee Fund (DGF).
According to a statement released from the institute's website, the World Bank administration will support the Ukrainian banking system with a $500 million loan within the scope of a "First Programmatic Financial Sector Development Policy Loan." This operation is part of the World Bank Group's crisis-response support package announced in March this year, aimed at providing Ukraine with up to $3.5 billion by the end of 2014.
"The package of reforms supported by this operation will help improve the performance of Ukraine's banking system and its resilience to both domestic and external risks," said Qimiao Fan, the World Bank country director for Belarus, Moldova, and Ukraine.
"We are helping the Ukrainian authorities to implement an urgent set of measures aimed at returning the country to a sustainable growth path," Fan said.
Last Update: Aug 08, 2014 3:20 pm
RELATED TOPICS