Is Moody's not in the mood? 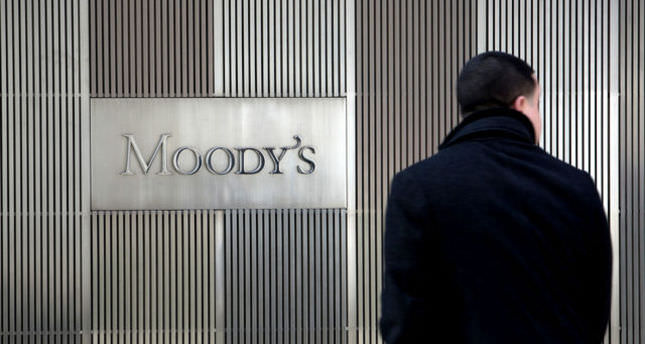 by Hatice Karahan Aug 11, 2014 12:00 am
The long-awaited rating of Moody's on Turkey, which was supposed to be announced last Friday, has surprisingly not been revealed. As being the last business day before the presidential election in the country, the date set by Moody's for the decision wass actually quite contestable because the actions of credit rating agencies towards any direction have the potential to promptly change the course of the markets; this eventually serves as an indicator for the atmosphere in the country. Such an indicator affects the perceptions not only on financial matters, but also regarding the administration of the economy,and inevitably, politics.

In this sense, any word coming out of Moody's mouth would have affected voting decisions for the presidential election. That is why I believe that behind the unusual postponement of Turkey's rating by Moody's lies a strong motive related to the election. It appears that Moody's was obviously not in the mood on Friday to make any comments on the Turkish economy. Now let's explore why.

First, let's acknowledge that credit rating agencies have lost much of their credibility, especially upon the global crisis in 2008. They favorably rated insolvent financial institutions and risky securities, contributing to the outbreak of the crisis. Such a failure not only disgraced the validity of their ratings, but also unearthed an ethical aspect: the agencies had obviously been biased! Accordingly, many countries have accused them of showing preferential treatment.

Turkey has actively been in this scuffle, as well. To understand the reasons of this bickering, let's recall Turkey's rating history, by focusing solely on Moody's. Moody's first rated Turkey in 1992 with Baa3, the fit-forinvestment level, which after around 1.5 years was downgraded to Ba1 meaning unfit for investment.

Having declined to a more speculative grade (B1) in 1997, Turkey's rating was not raised again to Ba3 until 2005 despite the strong recovery in the economy. Excluding the period of global crisis, the Turkish economy kept scoring admirable growth rates after 2005 as well, but the upgrades always came in small notches within the speculative range.

In May 2013, Moody's finally declared Turkey "fit for investment," raising the rating to Baa3, but it had taken 20 years for the country to move out of the speculative zone to regain the investment grade. Hence, considering the robust performance of the Turkish economy in the 2000s in particular, Moody's conduct provides no explanation. Furthermore, less than a year after it had raised the grade in 2013, the agency downgraded Turkey's outlook from stable to negative in April 2014. The basic reasons were cited as the uncertainty over growth and political risks.

Moody's criteria in rating countries mainly include political stability, growth potential, debt dynamics and economic stability. Based on these factors, there seems to be no excuse for not upgrading Turkey to the fit-forinvestment level long before 2013. Plus, the so-called worsening of the outlook as of April 2014 does not match the explanations given by the agency. This is because the downgrade came after the local elections of March that had already confirmed the political stability in the country, and relaxed the markets. In that period, risk premiums as well as interest rates experienced a sharp decline. Moreover, leading indicators were obviously implying a growth rate in the band of 4 percent for Q1.

So, Moody's last action on Turkey does not make sense at all. On the other hand, it is always good to use comparisons. With a high debt ratio and newly out-of-recession economy, Spain has recently been upgraded by Moody's to a better grade than Turkey's. Some other European economies, including France and Italy, most indicators of which are poorer than Turkey's, have long been in the fit-for-investment category.

Only in the last few weeks, ratings of Greece and Portugal, who have serious debt problems and low growth prospects, have also been raised! Furthermore, look at the developing world: Mexico, Russia and Brazil have all similarly been rewarded with higher grades despite their low tempo and risks. Yet, Moody's does not deem Turkey worthy of a better rating. Hence, Turkish authorities are right in every point when they exclaim that "the Turkish economy deserves much better."

Having clearly displayed Moody's negative bias toward Turkey, let's go back to what happened last Friday. As we have seen, the agency has neither treated Turkey fairly, nor hesitated to downgrade its outlook even in good times.

So, I think the strange postponement decision could be closely related to the elections. In a period when even the ratings of Portugal and Greece have been upgraded, it would be ironic to downgrade Turkey. On the other hand, handing the country with a grade that it deserves or at least keeping the existing one could have a positive effect on the election in terms of the current government's performance. And Moody's would obviously not like to take part in such a scenario. That is why it occurs to me that the surprising last-minute silence of the agency is not unassociated with the election. It turns out that Moody's has changed its mood so as to not take any risks in such a sensitive period in Turkey.

* Dr. Hatice Karahan teaches at the Department of Economics at Istanbul Bilgi University and is an economist at SETA Ankara
Last Update: Aug 11, 2014 2:13 am
RELATED TOPICS