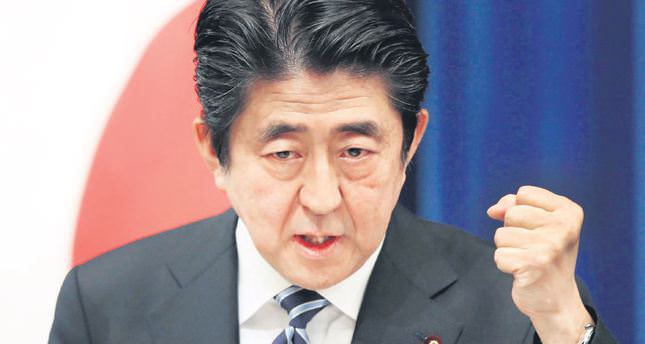 Japanese companies, long bedevilled by deflation, are finally starting to pass on higher costs to their customers just as the economy stumbles, potentially complicating decisions for Prime Minister Shinzo Abe and the central bank

Early signs indicate that price rises and expectations of further inflation are building as a labor shortage and Abe's stimulus policies allow companies to charge customers more. Electronics makers are selling pricier TVs and PCs, a railway has jacked up some luxury fares by 20 percent, corporate sponsors are chipping in more prize money at sumo bouts and resorts in Hokkaido have stopped years of discounting.

But even as the psychology of 15 years of deflation appears to be changing, the economy likely contracted sharply in the three months after a sales tax hike on April 1, and it might slip into recession this summer as output and exports sink and consumption remains sluggish. "What could happen in Japan is a situation where low economic growth and higher inflation coexist," said Hideo Hayakawa, a former top economist at the Bank of Japan.
"That could happen due to capacity constraints that will put upward pressure on wages and prices, even when the economy is weak." The promise of "Abenomics" has been that ultra-loose monetary policy and government spending would push up prices and company profits, in turn boosting wages and spending in a virtuous circle of sustained growth. An export rebound spurred by a weaker yen was supposed to cushion the blow from a drop in consumption after the tax increase, but that has not happened.

If Japan gets only the inflation without the growth, pressure will grow on the BOJ to add to its enormous asset purchases that sparked the rebound, while Abe will find it more difficult to sign off on a planned further increase in the sales tax, seen as key to curbing Japan's huge public debt. "The BOJ argues that as inflation expectations heighten, it will boost household spending, but we haven't seen that fall in place yet," said Masamichi Adachi, senior economist at JPMorgan Securities Japan. "What's important is for expectations of wage growth to heighten, but we're not sure that is happening yet." Data on Wednesday is expected to show the economy shrank at a 7.1 percent annualized rate in the second quarter as the tax hike hit consumption, according to a Reuters poll.

The biggest drop since the global financial crisis would more than reverse the first quarter's surge ahead of the tax rise. Recent data showing the weakest factory output since 2011 and a second surprise monthly drop in exports forced economists to cut GDP forecasts and raised the possibility that the economy might not rebound much, if at all, this quarter. Under pressure from Abe, companies have raised wages and bonuses but not enough to offset the tax increase and higher prices. Wages fell 3.8 percent in real terms in June from a year earlier, the 12th fall in a row.

Inflation, after stripping out the tax hike, is running at about 1.3 percent, though the BOJ has stuck to its target of getting that to 2 percent sometime next year. Economists have consistently said the BOJ will not achieve its price goal in that timeframe, but they have begun nudging their inflation forecasts higher as the tight labor market and weaker yen push up costs, even as they slash growth prospects.

Deflation-era icon Bic Camera Inc, a leading electronics retailer, sees the tide shifting from heavy discounting toward selling highend products like ultra-high definition 4K TVs that sell for some 300,000 yen ($2,900) - a third more than conventional high-definition models. "We're clearly seeing a shift in trend where companies, instead of cutting prices, are trying to heighten the quality of their goods to sell them at higher prices,"
BOJ Governor Haruhiko Kuroda told a recent news conference. "I think fewer companies will continue to resort to the type of price competition they deployed in times of deflation."