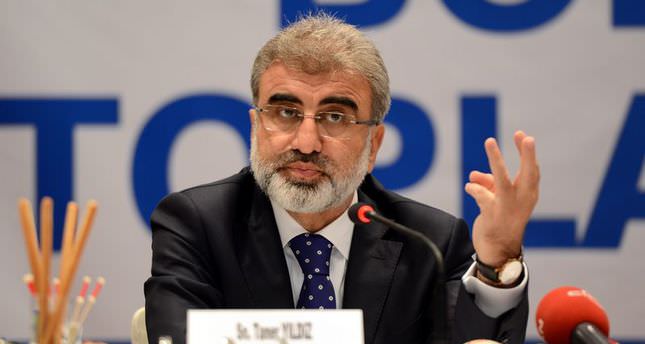 by AA Aug 14, 2014 12:00 am
Turkey's daily electricity use hit a record high on Tuesday with the country consuming 818 million kilowatt-hours during the day, the Turkish Energy Minister said Wednesday.

The rise in electricity consumption was caused by increases in agricultural irrigation, usage of air conditioners and rising industrial production, Yildiz told reporters in the southern province of Antalya during his visit to the provincial governor.

"Our citizens should avoid wastage and move towards saving energy," he said, adding that Turkey was likely to witness new records in electricity usage in the future.

The lowest consumption of the year was on July 28 – the first day of the religious Eid al-Fitr holiday – when usage stood at 544 million kW.

Turkey's current installed electricity capacity is around 66,000 MW .The government is seeking to increase this capacity to 100,000 MW by 2023.

According to the Energy Ministry's estimates, Turkey will need around $100 billion (TL 216.17 billion) worth of energy investments for the next decade in order to keep up with the rising energy demand.