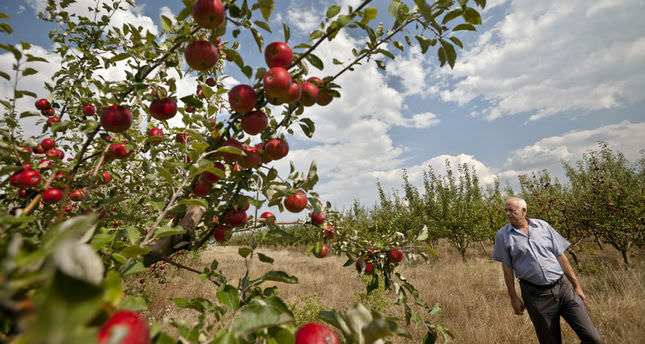 by Aug 18, 2014 12:00 am
The European Commission on Monday announced a series of exceptional measures to help growers hit by a Russian ban on fruit and vegetable imports.

The products in question are in full harvesting season, with little hope of finding alternative markets to replace demand from Russia in time, the Commission said.

"All farmers of the concerned products -- whether in producer organisations or not -- will be eligible to take up these market support measures where they see fit," said Agriculture Commissioner Dacian Ciolos in a statement.

The Russian embargo, announced earlier this month, came in retaliation against US and European sanctions over Moscow's alleged role in separatist violence in eastern Ukraine.

Set to last for a year, the Russian ban covers imports of meats, fruits and vegetables, fish, and dairy products from the European Union, the United States, Australia, Canada and Norway.

The aid, effective from Monday until November, will mainly involve withdrawing products from the EU market in a bid to prop up prices, which have sunk since farmers lost access to Russia.

The European Commission said it will continue to follow market developments "and will not hesitate to support further sectors heavily dependent on exports to Russia or to adapt the measures already announced, if necessary".