Gülenist bank responsible for its own financial crisis 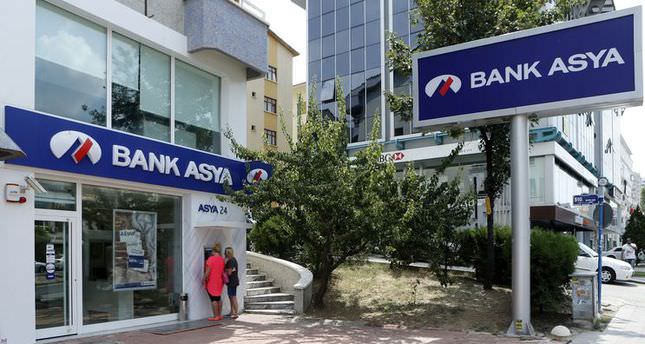 by Daily Sabah Aug 18, 2014 12:00 am
Bank Asya, which is known for its close ties to the Gülen Movement, has become one of the worst performing banks in the Turkish banking sector in view of its balance sheet from the last six months. As Turkish newspaper Sabah reported, according to the report of the Turkish Banking Regulation and Supervision Agency (BRSA), the bank's financial problems stemmed from its defaulted credit and credit with high repayment risks, although Gülen Movement followers claim on social media that government officials are attempting to damage the bank.

According to Sabah's news, BRSA's report proves that the reason for Bank Asya's bad debt, valued at TL 1.5 billion ($692 million), was that more than half of it was given to two companies.

The first company stated in the report is Çakmaktepe Power Plant, established in Aliağa, İzmir with an investment of 285 million euro (TL 827.05 million). It was noted that Bank Asya gave credit valued at TL 515 million to this company but when the company had some financial problems, the bank couldn't collect its money. Çakmaktepe, which was established with 156 partners in 2008, some of whom are known for their close ties with the Gülen community, could manage to complete a significant part of its investment with the credit received from Bank Asya. When some personal actions were conducted against the company, it had difficulty in repaying the debt in a short time and declared bankruptcy with $8 million worth of debt. Although it could manage to pay its debt later, it is now on the verge of being closed. The second bad debt was credit valued at TL 360 million given to Dedelioğlu Group.

Some balance sheet footnotes of the bank showed that several bad debts were hidden. Although the bank couldn't collect some of its credit, it didn't take legal proceedings against them in order to not reveal its high level of bad debt. More than 90 days has past however, a receivable valued at TL 362 million under the title "loans under close monitoring" still protects its uncertainty. It was stated in balance sheet footnotes that companies given credit made their payments with delay due to problems in the sector. In the analysis of intermediary institutions, the profit of the bank was said to fall to TL 10 million, with a decrease of 81 percent in the second quarter. It was said that the bank decreasing its provision ratio could declare a loss of TL 50 million. It was also confirmed that 50 companies were given improper credit and an audit report regarding this issue will be given to BRSA in September.

After attempts to overthrow the government on Dec. 17, information was released which said the bank had a shrinking balance sheet and was only giving credit to those who had close ties to the Gülen Movement. According to the balance sheet of the bank, non-cash credits given to its partners have increased from TL 136.4 million to TL 339.6 million since the beginning of 2014. Increasing credit support to its partners by nearly 150 percent, Bank Asya faced shrinkage of 35 percent in its credit volume in the first six months of the year. The credit of the bank fell from TL 20.7 billion to TL 13.3 billion in the first six months. There are 360 million share concessions in Bank Asya, the capital of which is TL 900 billion. 12.23 percent of these shares belong to Ortadoğu Tekstil while 6.4 percent to Kaynak Holding, 9.63 percent to Forum İnşaat and 5.58 to Abdulkadir Konukoğlu.