Industrial employee numbers on the rise 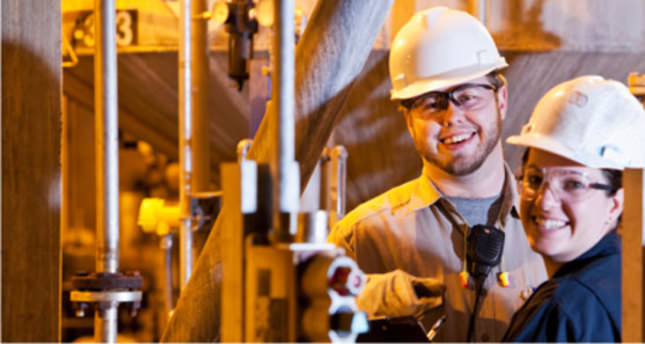 In a breakdown of the sectors in industrial enterprises, 4.98 million employees work in the manufacturing sector while 236,000 work in electricity, gas, steam and sewer industries and 151,000 in the mining sector. Saying that there has been a significant increase in the labor force participation rate since 2002, Science, Industry and Technology Minister Fikri Isık stated that this rate exceeded 51 percent in April and May.

Isık said that Turkey created 1.35 million new jobs in 2014, and added that "This is an important increase despite the 2008 economic crisis. More than 30 percent of this increase happened in industrial enterprises." In addition to noting that Turkey needs more production and investment to reach its 2023 targets, Isık stated, "We have to shift investment quality to high-tech industries. On the one hand, we are taking some measures to develop production and employment; on the other hand, we are working to reach the 2023 targets by improving technology level, brand value and design."
Last Update: Aug 20, 2014 1:56 am
RELATED TOPICS