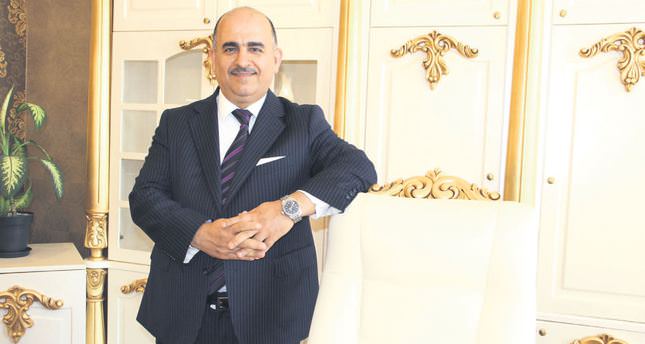 One of the leading Turkish exporters to Iraq says high-intensity armed conflict, which emerged due to the ex-prime minister's sectarian policies, causes fear and anxiety that suspends trading activities

Emin Taha, owner of the Taha Group, which has been in business since 1998, is considered one of the key figures in Turkey's economic relations with Iraq. His foreign trade company is the third largest exporter to Iraq, totaling $300 million in 2013, and his transportation company is the seventh largest carrier between Iraq and Turkey. In an interview with Daily Sabah, Taha touched upon the latest clashes in Iraq and their effects on businesses.

Daily Sabah: You are the bridge in Iraq-Turkey in trade, and now Iraq is in turmoil under the threat of the terrorist organization ISIS, which is killing innocent people and spreading fear. How did these recent developments affect your business? A lot of people are expressing their opinions on the matter but since you as a tradesman are directly affected we would like to know your point of view?

Emin Taha: ISIS is a terrorist organization that profoundly discredits Islam. Its members are from more than 100 different nations, while the share of Iraqi people in ISIS is much less than estimated. The Iraqi army completely collapsed, and more than 30,000 soldiers fled the army. The markets became concerned, the citizens became afraid, and trade came to a halt.

No business activities could be performed where the clashes were taking place; due to fear and anxiety, trading activities were suspended in all other areas as well. After the Ramadan Bayram, things were looking better. The number of trailers was 2,300 on June 8, and then it dropped down to 700. Now, it is up to 1,270. While business in Mosul kicked off once ISIS entered Mosul on June 9, clashes are continuing in the Tikrit and Alem areas, and the citizens have all fled their homes. About 500,000 Iraqis are living like refugees in Iraq. Maliki's resigning from his duty as prime minister and agreeing to support his replacement, Haider El Abadi, was a good improvement.

Now, a new cabinet that will offer equal rights to all ethnic groups and religious, sects including the Sunnis and Turkmens. Once this is established, ISIS will automatically dissolve because the only reason why some Sunnis were supporting ISIS is Maliki's incorrect politics against Turkmens and Sunnis for the last eight years.

There are no ministries of finance, internal affairs, defense and trade in Iraq. Their duties were all undertaken by Maliki, and as a result of his politics, Iraq's relations with all neighboring countries except Iran deteriorated. The new prime minister has been congratulated by Turkey, Saudi Arabia, Iran, the U.S., the E.U. and Russia, which means things will improve in the coming months.

DS: How long do you think this recovery period will take?

ET: Definitely not less than three months and more likely, around six months. This had a slight effect on the trade volume and probably more improvements are on the way; however, restoring the trade volume back to the levels of June 7-8 would take at least another six months.

DS: Citizens of Iraq are interested in and seek out Turkish products. What other countries are preferred in Iraq? Can you give us a bit more information on how the Iraqi market runs?

ET: With regard to high-tech products, products from Japan and China are preferred; however, most products in the clothing, textile, food, furniture, fixtures, glassware and electrical household appliances sectors are obtained from Turkey. Whenever Iraqi citizens visit shopping centers, they buy Turkish products if they are available. Then come Chinese and Taiwanese.

DS: What is the position of Iran in Iraqi markets?

ET: İran's only advantage is in the plastic sector. Since they have their own petroleum and petro chemistry products, plastic household goods are relatively cheap. However, even though such products are even cheaper than their Chinese counterparts, they are of extremely low quality. The citizens of Iraq lost their trust in Iran's products and contractors.

DS: Currently, is it northern or southern Iraq that Turkey trades more with?

ET: Only about 25 percent of trade takes place in northern Iraq since the Kurdish Regional Government's population is around 5 million, whereas Mosul's population on its own is around 4 million, Basra's is 4 million and Bagdad 8 million. In other words, only 5 million out of 35 million people living in Iraq reside within the Kurdish Regional Government. Therefore, 70 to 75 percent of consumption takes place elsewhere.

DS: Are you facing security threats on the roads? Turkish drivers have been kidnapped. How do you manage this situation?

ET: Currently, Turkish drivers only drive up to Erbil, and from there, Iraqi drivers take over. We deliver to most areas in Iraq except for Tikrit.

DS: Can we say that the Turkmen population in Iraq suffered the most from ISIS's terrorist acts?

ET: Indeed. Just in Telafer, 400,000 Turkmen lost their homes. Thanks to our first directly elected president, Recep Tayyip Erdoğan, now a large tent camp is being established and more than 22,000 tents have already been delivered and 22,000 more are on their way. Various nongovernmental organizations, including the Turkish Red Crescent, Prime Ministry Disaster and Emergency Management Presidency (AFAD) and Turkish Cooperation and Coordination Agency (TİKA) operates in Iraq.

DS: Is it possible to say that Iraqi Turkmens received more support and aid from Turkey than Iraq?

TE: Absolutely. Not only Turkmens, but also all other ethnic and religious groups that suffered in Iraq. Turkey does not discriminate against any ethnic or religious groups, but obviously Turkmens receive the most aid.
Last Update: Aug 31, 2014 7:44 pm
RELATED TOPICS