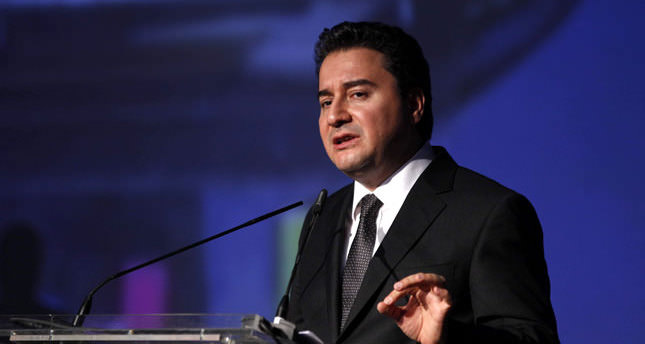 by Sep 01, 2014 12:00 am
Deputy Prime Minister Ali Babacan will retain overall responsibility for the economy in the new government, senior officials told Reuters late on Saturday, a move likely to ease concerns of a turf war within the cabinet. Babacan, and more recently Finance Minister Mehmet Şimşek, have been part of a well-respected economics team that has helped steer Turkey through a decade of growth and stability. The announcement of new Prime Minister Ahmet Davutoğlu's cabinet on Friday saw both men retain their posts. "Babacan will be in charge of economic affairs. Nothing has been changed on the economy side for the government," one senior official in the prime ministry said, adding that a formal announcement would be made on Monday. "I know Numan Kurtulmus was in charge of economic affairs in the party. But he will be responsible for some other political issues. The economics team will work as before," the official said. A second official in the prime ministry confirmed the decision. President Tayyip Erdoğan has made it clear he will go beyond the largely ceremonial role heads of state have performed hitherto.