Exports in July on rise despite regional conflicts 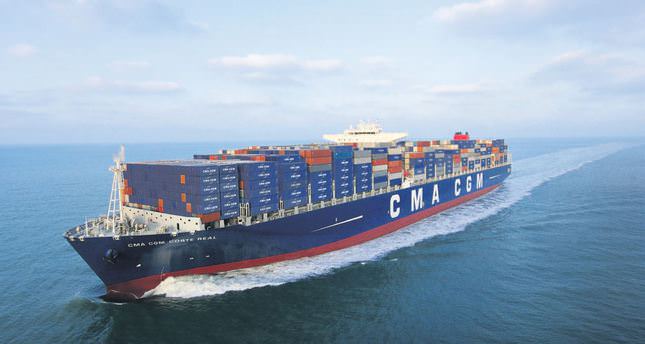 by Daily Sabah Sep 01, 2014 12:00 am
According to the latest export figures disclosed by the Turkish Exporters' Assembly (TİM), exports increased by 5.2 percent in August compared to the same month last year, reaching $11.73 billion (TL23 billion), the highest export figure that has been so far recorded in August in the history of the Republic. The data also suggests that exports in the first eight months of 2014 rose by 5.3 percent and hit $104.617 billion, while Turkey's total imports in the last 12 months showed a 3.5 percent increase, reaching $157.107 billion.

Commenting about the impact of the latest developments on exports to Iraq, TİM chairman Mehmet Büyükekşi said, "Following the Islamic State of Iraq and al-Sham's (ISIS) attacks, we have encountered some troubles in our exports to Iraq.

A limited amount of export is being made via an alternative trade route in Kirkuk; however, as one of the indispensable goods supplier for Iraq, we are continuing our exports using other alternative routes."

Büyükekşi stressed that the Turkish economy continues to grow with exports and growth forecasts about Turkey for 2014 rising in parallel with this. Headded, "Standard & Poor's (S&P) upgraded its growth estimation for 2014 from 2.4 percent to 2.9 percent. It also updated its forecast for 2015 from 2.7 percent to 3 percent. Fitch Ratings improved its estimation for Turkey from 2.5 percent to 2.7 percent. The year-end growth estimation of our exporters has turned out to be 4 percent in a recent survey." He also stated that he is quite optimistic about the actualization of this growth performance despite the adverse developments in the region. He added, "According to the data released by the Turkish Statistical Institute (TurkStat), foreign trade coverage ratio rose to 67 percent in the first seven months of the year and this level should be maintained.

Exporters anticipate that the euro and the U.S. dollar will hit 2.13 and 2.86 respectively.

The ready-to-wear and clothing industries have seen the largest exports in August with $1.559 billion. They were followed by chemical products and automotive industries with $1.433 and $1.268 million successively. The countries to which the greatest exports were made in August were Germany, the U.K, Iraq, the U.S. and Russia respectively. Exports to Germany, the U.K. and U.S. increased by 12, 19 and 30 percent respectively, while exports to Iraq and Russia dropped by 27 and 14 percent successively. In August, exports to the EU, North America and the Middle East also rose by 12, 27 and 8 percent respectively.