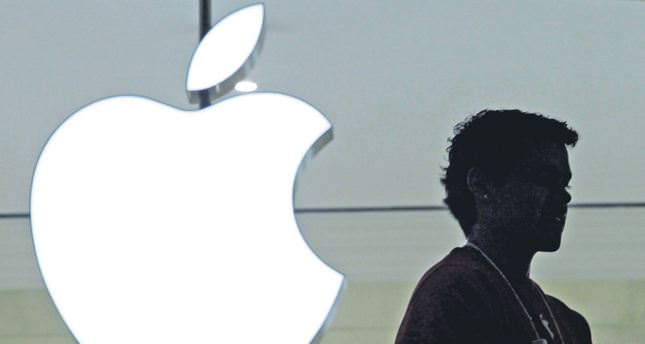 Apple plans to enable its next iPhone to become a mobile wallet by allowing owners to securely make mobile payments in a store with the touch of a finger, Bloomberg said on Sunday

Apple has struck agreements with credit card companies to make the next iPhone capable of making payments at retail outlets, news reports said Sunday. Apple is expected to announce the new version of the iPhone next month. It may also report agreements with Visa, MasterCard and American Express at the same time, Bloomberg news reported, quoting a person who asked not to be identified because talks between Apple and the credit card companies are private.The payment system would turn the next version of the iPhone into a "mobile wallet,"

Bloomberg said. It would make mobile payments easier by including a near-field communication chip. That would combine with a fingerprint recognition reader that debuted on the most recent iPhone to allow consumers to securely pay with the touch of a finger when shopping at stores. The technology website re/code reported earlier Sunday that Apple had reached an agreement with American Express to work together on its new iPhone payments system. The site quoted sources familiar with the talks. Apple has scheduled a media event on September 9, leading to speculation that it will introduce the new phone. It might have a display much larger than on previous models. Re/code reported last month the next generation iPhones are expected to have displays of 12 centimeters and 14 centimeters. The display of current iPhone models measure 10 centimeters diagonally. The agreement includes participation by Visa Inc. , MasterCard Inc and American Express Co and will be announced Sept. 9 along with the unveiling of the next iPhone, according to the source, who Bloomberg said asked not to be identified because the talks are private. The new iPhone will simplify mobile payment by including a special communication chip, along with a fingerprint recognition reader that debuted on the most recent iPhone, the source said. Officials could not immediately be reached at Apple, Visa, Mastercard and American Express.

Meanwhile, Apple is expected to unveil the first product in its wearable segment, a smartwatch, which may be called 'iWatch', on September 9. With the highly anticipated arrival of the Apple iWatch, tech analysts are now busy guessing the price of the wearable device.

If reports are to be believed, the iWatch may cost $400 (TL 865). With the smartwatch, Apple will make its foray into wearable devices. It may be slightly behind its rivals including Samsung, LG and Nike, who have already released their wearable products, but Apple believes in "being the best one rather than being the first one." According to the analysts, Apple's reported $400 price tag may not bring customers as both the competitors Samsung and LG charge $200 for their devices, just half of the Apple's offer price. An RBC survey found that 67 percent of consumers were not in favour of paying more than $200 for a smartwatch, owing to their very limited use. The analysts, however, feel that this may be the initial feedback and huge possibility of changes in the users' approach prevails, once the iWatch is launched.