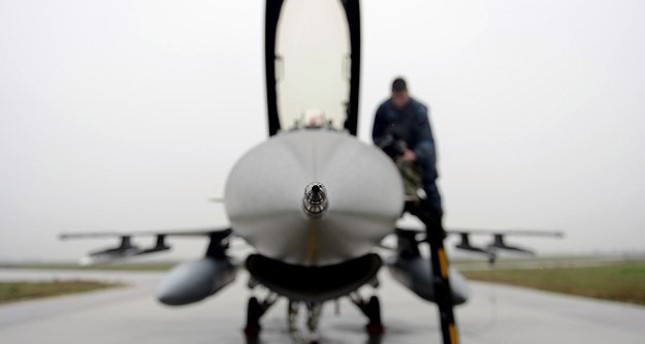 by AA Sep 01, 2014 12:00 am
Turkish Aerospace Industries has modernized the last four of Pakistan's F-16 fighter jets, completing a five-year contract. The remaining four aircraft will be handed over in a ceremony in Ankara on Tuesday. The company, known by the acronym TUSAŞ, signed a contract with Pakistan's Ministry of Defense in 2009. Under the program, Turkish technicians were to upgrade and test 41 aircraft. The first of the planes were delivered two years ago. TUSAŞ began co-producing U.S.-designed F-16s for the Turkish Air Force in 1984 and is one of the world's main aerospace companies involved in F-16 manufacture and modernization.

It has also upgraded the Royal Jordanian Air Force's F-16s. In a related development, fighter jets from Turkey and Pakistan joined a joint military exercise in central Turkey's Konya that started yesterday. The exercise is part of Turkey's year-long Anatolian Eagle exercise that brings together fighter jet pilots from different countries.