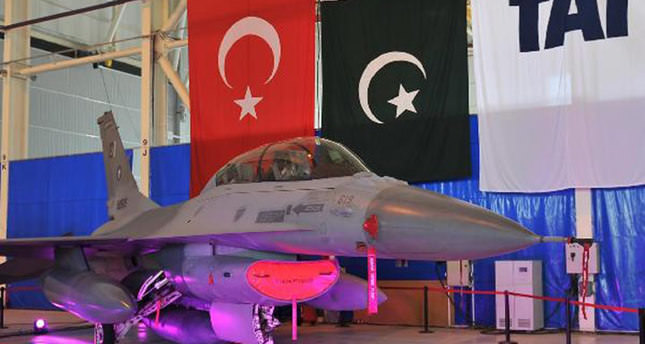 by AA Sep 02, 2014 12:00 am
Turkish Aerospace Industries delivered the last four upgraded F-16 fighter jets to Pakistan as part of "the Peace Drive" program between Turkey and Pakistan's Ministry of Defense.

The second edition of the Peace Drive program, which started in October 2010, was due for completion by September 2014. The required parts, materials and technical data were given to TUSAŞ as part of another contract between the U.S. government and the Pakistani Air Force.

Pakistan Air Marshall Sohail Aman said both Pakistan and Turkey need to collaborate more in the future. "The future of the three countries [U.S., Turkey and Pakistan] is together since the objective of all three countries is to make the world safer," he said.