"Abenomics" in trouble as challenges start building up 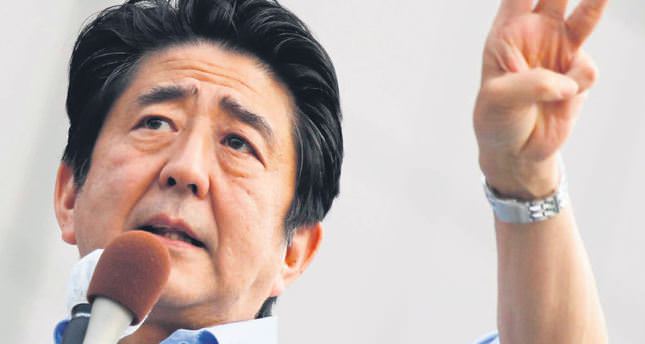 Japanese PM Shinzo Abe's plan for Japan's economy to generate self-sustained growth on the back of his three policy "arrows" of massive monetary easing, spending and reform appears to be faltering - but no magic solution is in sight

Abe's aides and advisers are promising to forge ahead with painful structural reforms, while spreading the benefits of "Abenomics" to regional areas and drafting a longterm vision for addressing Japan's shrinking population. But gloomy economic data suggests the plan is not succeeding as hoped and the only short-term contingency plans appear to be further central bank stimulus or delaying a second rise in the sales tax set for October 2015. "Abenomics is in trouble - because it's not happening fast enough," said Robert Feldman, head of research at Morgan Stanley MUFG in Tokyo, who like many others says Abe must move faster on steps such as labour market reform to boost productivity. Failure could leave Japan's economy stuck in a lowgrowth mode or worse, unable to begin to curb public debt already more than twice the size of a $5 trillion economy, the biggest burden in the industrialised world.

Abe's public support, now hovering around 50 percent, depends heavily on the economy.Most voters favour delaying next year's sales tax rise to 10 percent after an initial hike in April to 8 percent from 5 percent dented a fragile recovery. "Will raising the sales tax a second time just when the economy is moving toward recovery really be a plus for the people's livelihoods?" Koichi Hagiuda, an aide to Abe in his Liberal Democratic Party, said in an interview. "But there is also a risk to postponing it.

Might not Japan lose the confidence of international society?" Hagiuda added. The twostage rise in the consumption tax is Japan's boldest move in nearly two decades to rein in government debt. Abe will formally launch stage two of his administration on Wednesday when he reshuffles his cabinet, although key members are expected to stay on. The new cabinet will take over after a slew of troubling data including an annualised 6.8 percent drop in GDP in the April-June quarter. Potentially more worrisome, real wages have fallen for 13 straight months as wage growth lags price rises, data on Tuesday showed. That drop is casting doubt on a central tenet of Abenomics - that stimulus and higher prices would lift company profits and lead to higher wages, spurring consumption and making growth self-sustaining. "In order for income effects to work, wages must increase," Etsuro Honda, a key architect of Abe's reflationary policies, told Reuters. Honda said the sales tax rise should be delayed until 2017 and only imposed then if wage rises catch up with inflation and the BOJ's 2 percent inflation target has been met.

Policymakers say that, unlike the initial round of Abenomics, when the Bank of Japan unleashed an intense burst of stimulus followed by public works and other government spending, the "third arrow" of deregulation and other structural reforms will take both time and political will. "The growth strategy is not a single arrow. There are many things that must be done that were put off during 20 years of deflation," said one private economist who advises Abe's government on policies.

Abe's aides have made clear they want companies to play a bigger role in the revival, and not just rely on the benefits of a weak yen born of the Bank of Japan's easy money policy. "In a sense, the first arrow of monetary policy easing was a way of buying time," Vice Economy Minister Yasutoshi Nishimura told Reuters. "I want companies themselves, led by shareholders, to exit unprofitable businesses and shift to new growth areas." Private economists say for that to happen, the government must step up the pace of deregulation and other changes such as reform of labour laws.

For now, though, the political calendar looks likely to dictate a focus on persuading voters outside the capital they have not been left out of a programme that has so far benefited mostly big companies and Tokyo. Abe's LDP faces several elections for local governors in October and November as well as nationwide polls for local assemblies next April. A poor showing could affect Abe's chances of winning a second three-year term in party leadership race a year from now. That has some Abe advisers worried politicians may revert to old-style wooing of voters with spending, rather than reform.