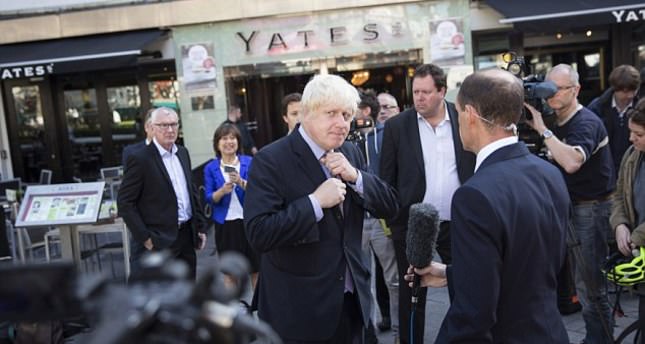 by Sep 03, 2014 12:00 am
A plan to build a major new airport to the east of London was rejected by a government-appointed commission yesterday, dealing a blow to its high-profile backer, the city's mayor Boris Johnson. The Airports Commission said the idea of building a costly new airport in the Thames Estuary, nicknamed Boris Island, had not made the shortlist of options it is considering to expand Britain's runway capacity. It will now make a final recommendation by summer 2015 from three remaining options, including two plans to expand Heathrow Airport and one to expand Gatwick Airport. However the Commission said last year the project would cost up to 112 billion pounds (TL 402.3 billion), or five times as much as the other three short-listed options. Johnson said in a statement he was dismayed by the decision, and would continue to fight for the project.