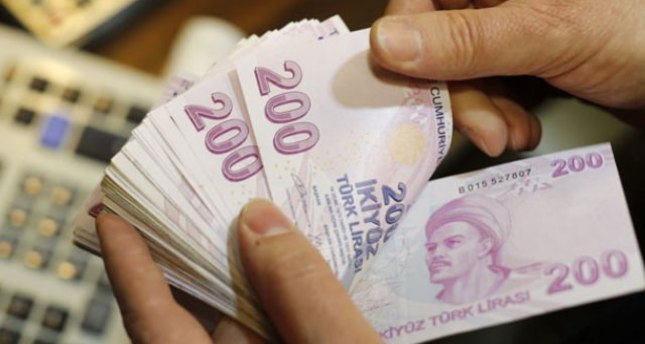 by Daily Sabah Sep 03, 2014 12:00 am
Inflation in Turkey rose slightly in August 2014, showing a 0.09 percent increase compared to the previous month, according to a report released Wednesday by Turkish officials, which is the lowest increase in nine years for August figures. TurkStat, the country's official statistical agency, reported that annual inflation, which was 9.32 percent last month, rose to 9.54 percent in August, indicating that annual inflation is above the central bank's year-end forecast of 7.6 percent by a wide margin and almost double the five percent mediumterm target. On Tuesday, Turkey's Deputy Prime Minister Ali Babacan said it was unlikely that Turkey's year-end inflation rate would be in double digits.

But he acknowledged the figure may end up above the government's target of seven percent. Babacan blamed high food prices due to the recent severe drought in the country. In its last monetary policy meeting on Aug. 27, the Central Bank of the Republic of Turkey (CBRT) announced that its tight monetary policy stance would be maintained until meaningful improvements in the inflation outlook, leaving the interest rates on hold for another month. Interest rates have been a matter of debate in Turkey for some time since the CBRT insisted on maintaining high interest rates until clear signs of an improvement in the inflation outlook materialized.

Government officials have blamed the bank's high interest rate policy for higher-than-expected inflation figures.Speaking to Daily Sabah economist and president of Nişantaşı University Kerem Alkin noted that an appreciation in the U.S. dollar and the euro against the Turkish lira (TL) within the last six to seven months has caused an inflationary effect in Turkey.

Highlighting the fact that Turkish financial and industrial institutions had to face a depreciation of around 20 percent within the last months, Alkin said Turkish companies kept up their guard when the dollar reached 2.16 from 1.75 so they would not have greater balance sheet problems in the near future. "Turkish companies which serve in domestic markets make their imports in dollars or euros. A hike in the currency rates compel those companies to mark up their prices in TL. Adding the increasing financing costs stemming from high interest rates and the lack of a competitive business environment, companies feel free to increase their price on intermediate and final products. This is one of the main drivers behind inflation in Turkey," Alkin remarked. He further noted that new tax regulations on tobacco-based products and alcoholic beverages have an escalating effect on inflation. "More importantly and strikingly is if the core inflation, a measure which excludes transitory or temporary price volatility as in the case of some commodities such as food items, energy products etc., is higher than the average inflation rate in a country - which is the current situation in Turkey - the central bank and government are expected to work on that," Alkin concluded.

Fighting against untamed inflation tops the new government's economic agenda which is to be announced on Monday by Ahmet Davutoğlu. "The central bank of Turkey will continue to determine monetary policy and the tools of monetary policy it will apply in order to ensure price stability independently," the new prime minister declared on Monday.