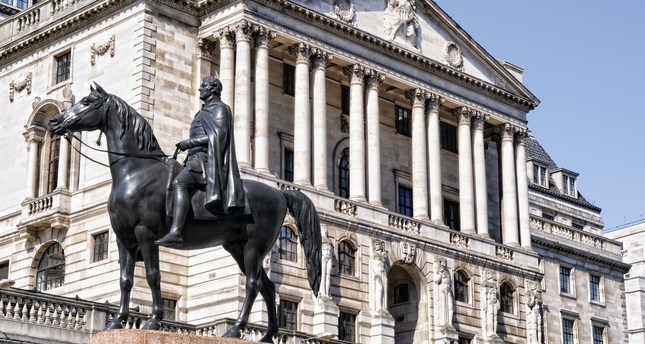 by Sep 04, 2014 12:00 am
The Bank of England kept interest rates on hold on Thursday as Britain's economy continued to thrive, although risks to the recovery both at home and abroad remain. The BoE's Monetary Policy Committee (MPC) left its Bank Rate at 0.5 percent, where it has been since the depths of the financial crisis more than five years ago. Investors will have to wait almost two weeks to find out if any more policymakers voted in favour of raising interest rates, after two of the nine MPC members broke ranks in August. The BoE last month said it was watching for signs of pay growth, which has been very weak, as it considers the best time to start weaning the economy off low rates.

Sterling fell slightly after the BoE decision, hitting a new seven-month low against the dollar, while British government bond futures also fell modestly - suggesting at least some investors are starting to bet on an early rate hike. With economic growth set to reach more than 3 percent this year, economists polled by Reuters expect the BoE to raise interest rates in early 2015 - probably a few months before the U.S. Federal Reserve. But there are risks to that view, both from home and abroad.

Activity in the services sector that dominates Britain's economy grew at the fastest pace in a year in August, a survey showed this week, suggesting no let-up in the pace of economic recovery going into the final months of the year. But waning growth in manufacturing added to a sense that the recovery is still too reliant on Britain's bigspending consumers rather than business investment or exports.