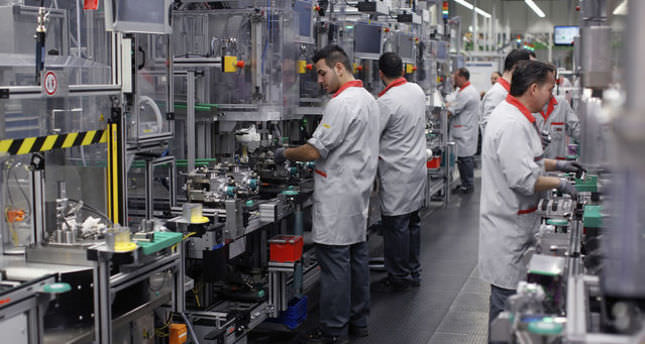 by Sep 05, 2014 12:00 am
German industrial production grew at its fastest pace in more than two years in July, adding to signs that Europe's biggest economy has regained momentum after a weak second quarter.

Output rose by a more-than-forecast 1.9 percent from June, when it expanded by an upwardly revised 0.4 percent, the Economics Ministry said Friday. Analysts had expected the data to show production expanded by just 0.4 percent in July compared with the ministry's original estimate of a 0.3 percent growth rate. "A rebound in the German economy is in the pipeline," said Andreas Rees, chief German economist with Italy's UniCredit Bank. After contracting by 0.2 percent in the second quarter compared with 0.7 percent in the first three months of the year, the data raises hopes of a pickup in the German economy in the third quarter ending in September.